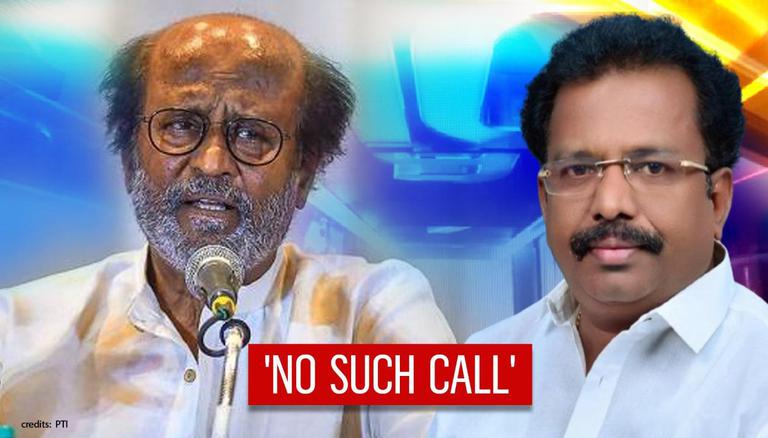 Asserting that the Superstar Rajinikanth has not spoken about re-entering politics with Kanyakumari Rajini Makkal Mandram (RMM) Deputy Secretary R S Rajan, the official fan club has refuted such reports on Saturday. Terming Rajan's actions based on 'self-promotion' and 'self-interest', the fan club dismissed any call between Rajan and the Superstar's party officials. Rajinikanth, owing to health issues, said that he will not be forming his own political party to contest in the Tamil Nadu polls. 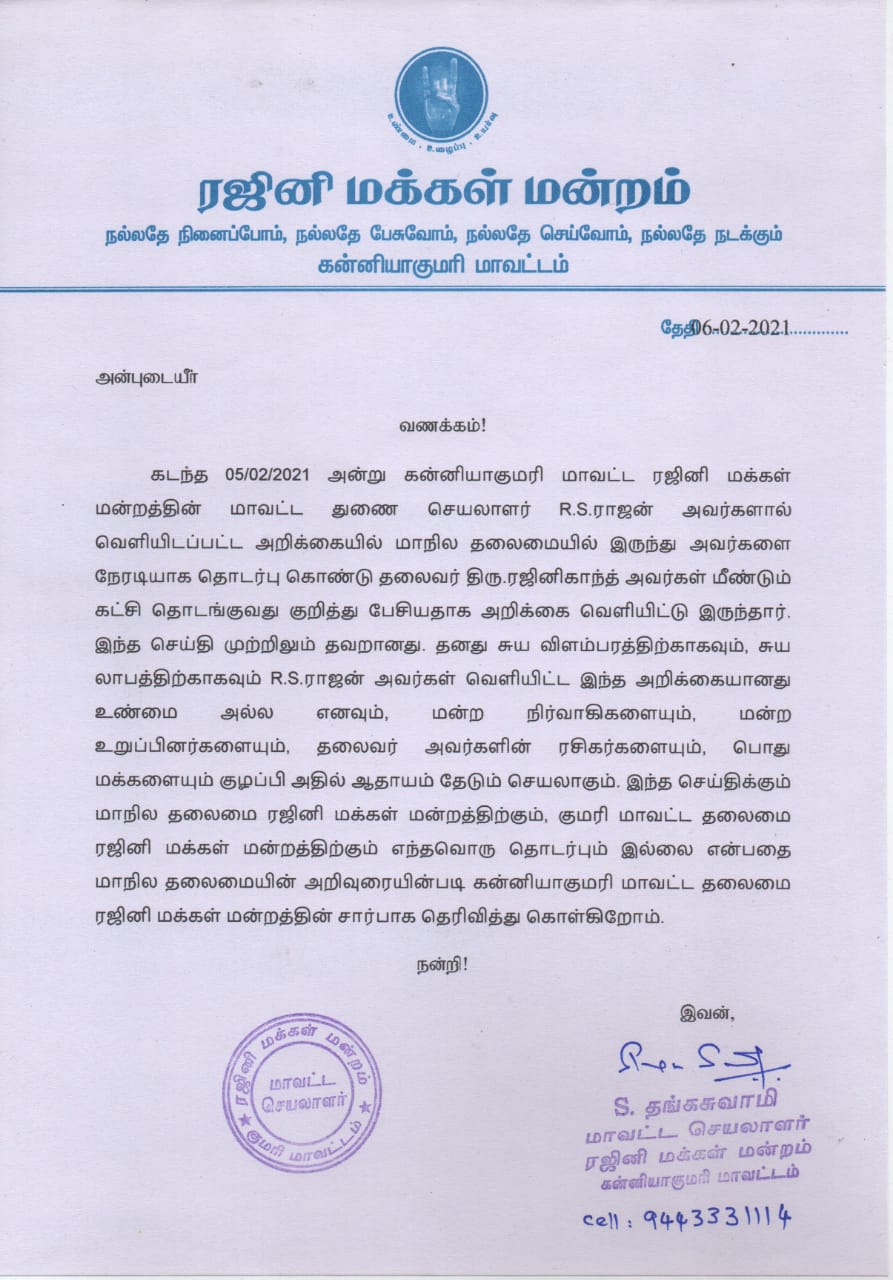 On Friday,  Rajan indicated the possibility of Superstar Rajinikanth restarting the party, citing that he was invited to a meeting of the higher authorities of the party in the near future. In a letter penned by Rajan, the RMM functionary claimed that he was shocked to learn about Rajini's exit from the political arena even before his entry, but was looking forward to a meeting with other members of the party in the future where Rajinikanth is expected to make a decision on restarting the party. Rajan in his letter has said that he had heard from Manian and others about Rajinikanth's plan to rethink his entry into politics and talks of the Superstar making the announcement on 14 or 15 February.

Concluding his stint with politics for now, superstar Rajinikanth on December 29, took to Twitter to announce that he will not be starting his political party, in light of his recent health condition. Two days after being discharged from the hospital - where he was treated for blood pressure fluctuation - the actor said that he will 'do whatever I can for the public. But I apologise, I cannot start a party'. Rajinikanth was admitted to Hyderabad's Apollo Hospital after severe blood pressure fluctuation and has been advised a week's bed rest by doctors.

In his three-page letter, the Superstar wrote, "I know that I might upset a lot of my fans, party members and well-wishers with this decision but I don’t want to ruin the lives of thousands and lakhs by picking up something I cannot fulfill. Despite the vaccine promise, it is still not the right time to be out in public and put many lives in danger. I want to thank Murthy for quitting a famous national party to join my cause. He is a pillar of great support and strength.” He was scheduled to announce his party's name on December 31 after naming Arjunamurthy as his soon-to-be-launched party's chief coordinator, while Tamilaruvi Manian was made supervisor of the party's formation.

Soon after his exit, Manian too said he has given up politics for good but later returned, while Arjunamurthy said that he will stick by Thalaivar's' side despite the megastar announcing his decision to pull out. Arjunamurthy, who was the former head of TN BJP's intellectual wing, announced that he will launch his political party, on the lines of Rajinikanth's plans. Tamil Nadu polls will be held in April-May 2021.

When Rajinikanth, Sridevi, Amitabh Bachchan rehearsed for a 'Jumma' song