Iconic outfits from movies quiz: Here is a list of questions that you can need to answer to know wh film it is from. Take a look at the post here to know more.

People are still spending all their days at home due to the pandemic situation and the lockdown. In this time, many people are turning towards enjoying their holiday virtually and are engaging in several different activities like binge-watching, gaming, and participating in other virtual activities. So we also have come up with a quiz for Bollywood fans. In this quiz, one has to guess the iconic films from the clothes worn by the stars of the film. Take a look here.

This movie is now commonly recognised as a feather in the cap of the lead actor. As the story follows the life and travails of a misunderstood singer, the outfit sported by the lead artist grabbed eyeballs. From the handlebar moustache to the military-style buttoned jacket, can you guess which movie is this outfit from? 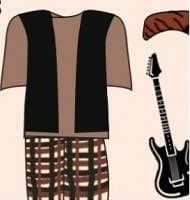 Read Also | Taylor Swift's 'folklore' Explained: The Meaning Behind All The Songs In The Album

In this film, we see the actor play the antagonist. He is one of the most wanted criminals of his region and is caught once but escapes the jail and fulfils his promise of destroying the life of the officer who caught him. Now the officer seeks revenge to cast this bad guy. Can you guess the film from this outfit? 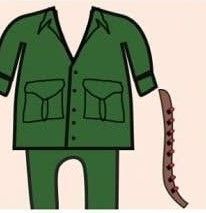 In this film we see two ace actors competing to win over the heart of one rich actor. While doing this they run into this villain who has caught them to get his money back. Take a look at the outfit to guess which film this is. 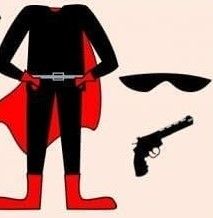 In this film, we see another ace actor taking up the mantel of a historic legend. This character is known to conquer most of India and is all ready to make conquer the rest of India. Take a look at the outfit to guess the movie

Read Also | Did Taylor Swift And Joe Alwyn Break Up Or Is It Just A Rumour?

In this next film, the leading actor is seen as an officer who plays with the rules to make the best out of the situation. He fights the bad and gets justice for victims. He also has a very loving family. Can you guess this officer from his outfit?

In this next film, we see the actor in the role of a specially-abled person. Her portrayal of a young girl won the hearts of several fans. Guess this film from this outfit.

LATEST NEWS
View all
21 hours ago
Tea Tree oil for skin: Can you apply tea tree oil directly on the skin? Read here
1 week ago
Watch: Malaika Arora shares oil recipe for 'luscious hair ', Dino Morea has a witty remark
2 hours ago
Rashmika Mandanna says 'eat clean and be smart' as she shares her skincare routine on IG
1 week ago
Kishori Shahane talks to fans about how to take care of hair; watch video
5 days ago
Lipstick Day 2020: Take some cues on how to make your lipstick last longer