Read ahead and check out Jannat Zubair Rahmani's hair care tips for heat styling. She also shared some homemade products to keep them healthy.

Social media influencer Jannat Zubair Rahmani recently shared her secret to protect hair from heat styling. Jannat explained that she uses a heat protector to save her hair from damage. She also added that as of now, in quarantine, she is oiling her hair to keep them healthy and strong.

On Monday evening, July 27, Jannat Zubair Rahmani shared a few Instagram stories and also replied to some fans' questions. One of Jannat's followers asked her, "How do you protect your hair from heat styling". The influencer shared personal hair care tips with her fans. Here, the actor can be seen donning a white string turtle neck top with floral embeds. Take a look at Jannat Zubair's Instagram story. 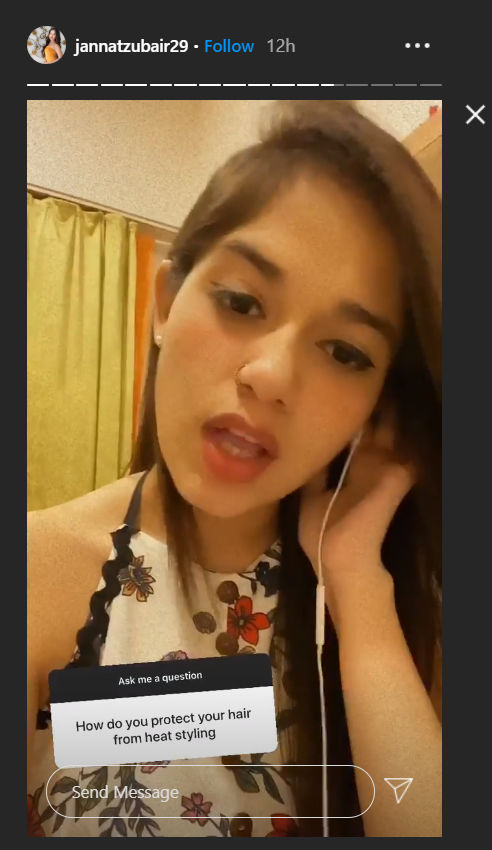 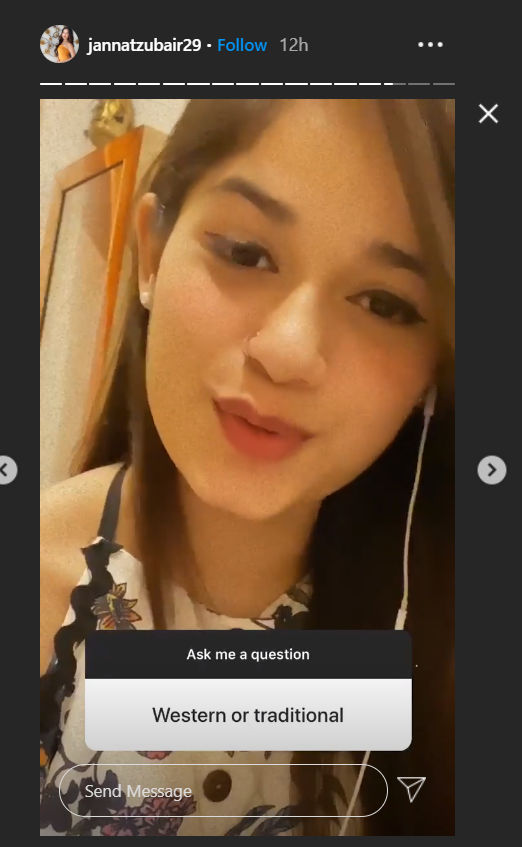 In the older news, when the Indian government banned Chinese apps, Jannat Zubair fully supported the officials' decisions. Jannat Zubair Rahmani issued a statement about the same and said that she and her family are in favour of this decision and totally support the ban. She also explained that she will boycott it and also follow all the guidelines and regulations coming from our government. Jannat Zubair also urged her followers and fans to support this ban without any doubts. In her statement, Jannat said that "nothing is more important than our military, our citizens,  our doctors, our government, our police officers and our country".

On the work front, Jannat Zubair was last seen in Raghav Sachar’s Kuch Tum Kaho. Here, Zubair made a comeback with her new song titled Yeh Mann. Keeping the safety steps in mind, Yeh Mann was shot in the actor’s home itself. Jannat Zubair’s performance has successfully managed to keep her fans hooked with the music video.