Here is all you need to know about the Sita Navmi significance and why and when it is celebrated in India by the Hindu community. Read on to know more.

Sita Navmi is also known as Sita Jayanti or Janaki Navami and has great significance in India. It is celebrated to mark the day of Sita's appearance as an incarnation of goddess Lakshmi. Sita Navmi is observed on the Shukla Paksha. According to the Hindu calendar, the day also marks the ninth day in the lunar month of Vaisakh. This year, Sita Navmi falls on May 2. Women are supposed to keep a fast for their husband's long life on this date. Sita Navmi is celebrated with great pomp in Ayodhya, the birthplace of Lord Ram in Uttar Pradesh, Bhadrachalam in Andhra Pradesh, Sita Samahit Sthal in Bihar and Rameswaram in Tamil Nadu.

Sita Navmi is celebrated to mark the birthday of Sita, rather the day she appeared to King Janak. According to Ramayan, King Janak of Mithila had rescued baby Sita from the fields while ploughing. This is why, Sita is also known as Janaki, the daughter of Janak. Incidentally, Lord Ram is was also born on the same tithi of Navami but a month ahead of Sita. Thus, Ram Navmi is celebrated almost exactly a month before Sita Navmi.

Legend also says that Ravan, the demon king had fallen in love with a female sage, Vedati and wanted to marry her. But she refused him saying her father wanted her to get married to Lord Vishnu. A demon had killed her father and due to such grief, her mother also died. Hence she has been meditating to get married to Lord Vishnu. However, Ravan too tried to force her to marry and caught her by her hair. But Vedati jumped into the fire and died but not before cursing Ravan saying she would become the reason for his death in her next birth.

Thus, in her next life, Vedati was born as Sita while Ram is said to be the incarnation of Lord Vishnu. As the legend goes further, Ravan had abducted Sita and Ram reached Lanka with his monkey army. In a battle, he killed the demon king.

Also Read: Akshaya Tritiya Wishes In Marathi To Share With Your Family And Friends To Wish Them

Sita had married Lord Ram in a Swayamvar organised by King Janak. Sita is known for her patience and devotion to her husband. It is said that if married women observe a fast on this date, they would be blessed with a happy married life and long life for their husbands. 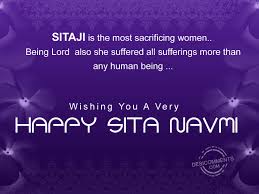 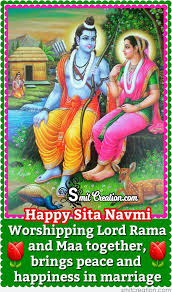 Also Read: 'Akshaya Tritiya' Wishes To Share With Friends And Family On This Auspicious Day

Also Read: Akshaya Tritiya Wishes In Hindi To Send To Your Near And Dear Ones