MasterChef India Fans Wonder What Dishes Can Be Prepared For Auditions; Netizens Answer

The fans of MasterChef India are interested to know what are the basic dishes that can be cooked for the auditions of the show. Read here.

On Quora, a popular question-answer based website, netizens have answered one popular question - what dishes to make while auditioning for the show? Netizens have shared their recipes and dishes that could be prepared for the audition of MasterChef India. There are many dishes like pit roast with root vegetables or even spaghetti and garlic bread. The people who want to participate in the show can also cook dishes like chicken noodle soup, pita pizza with a side salad or maybe something even as basic as french fries. 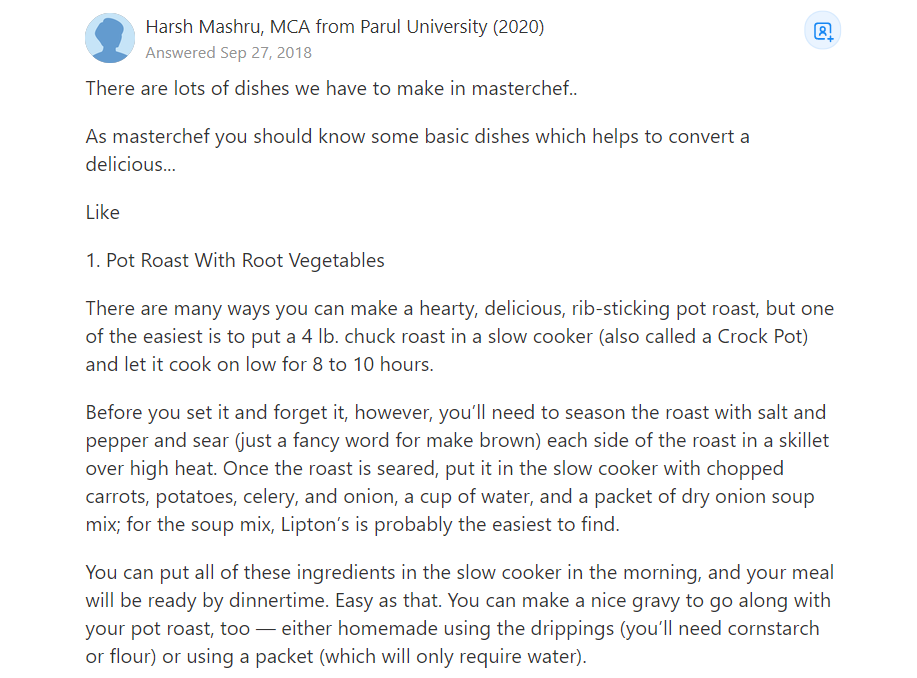 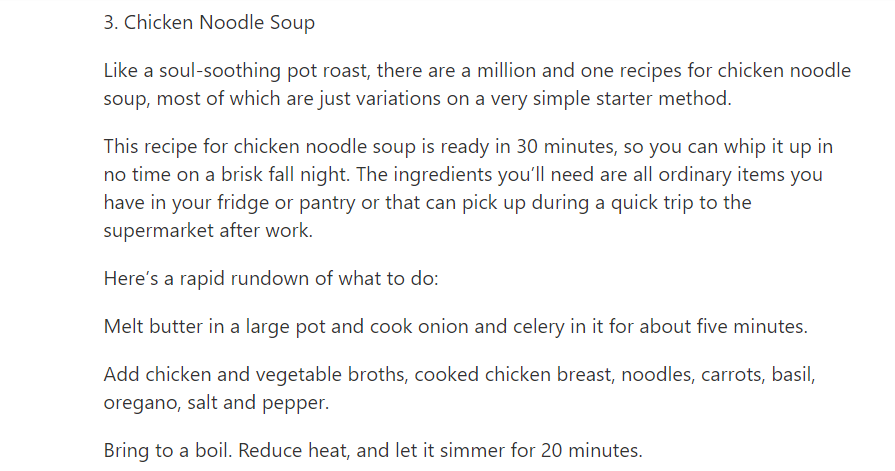 Another user of this website has answered saying that the contestant needs to try out different cuisines for the audition of MasterChef India. Netizens also suggested that the participants need to try out new lesser-known dishes in order to impress the judges on MasterChef India. One user on the website said she participated in the show and shared her personal experience saying that she made a vegetarian Thai red curry along with burnt garlic rice and for the next round she made Kerala curry with coconut rice. 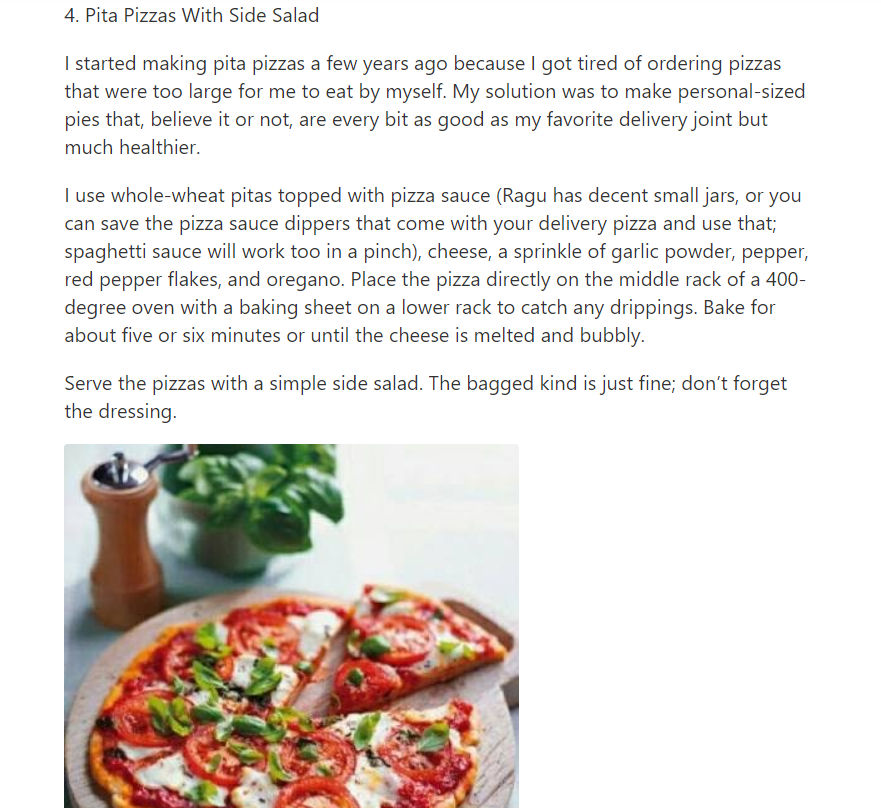 For the following round, which is supposed to be a kind of an invention dish, the contestant was given peas as the choice of food and she chose to make spicy peas broth. The contestant also added that for the final audition she made a stuffed gourd biryani in coconut poshto cream with some aloo bhaaja. 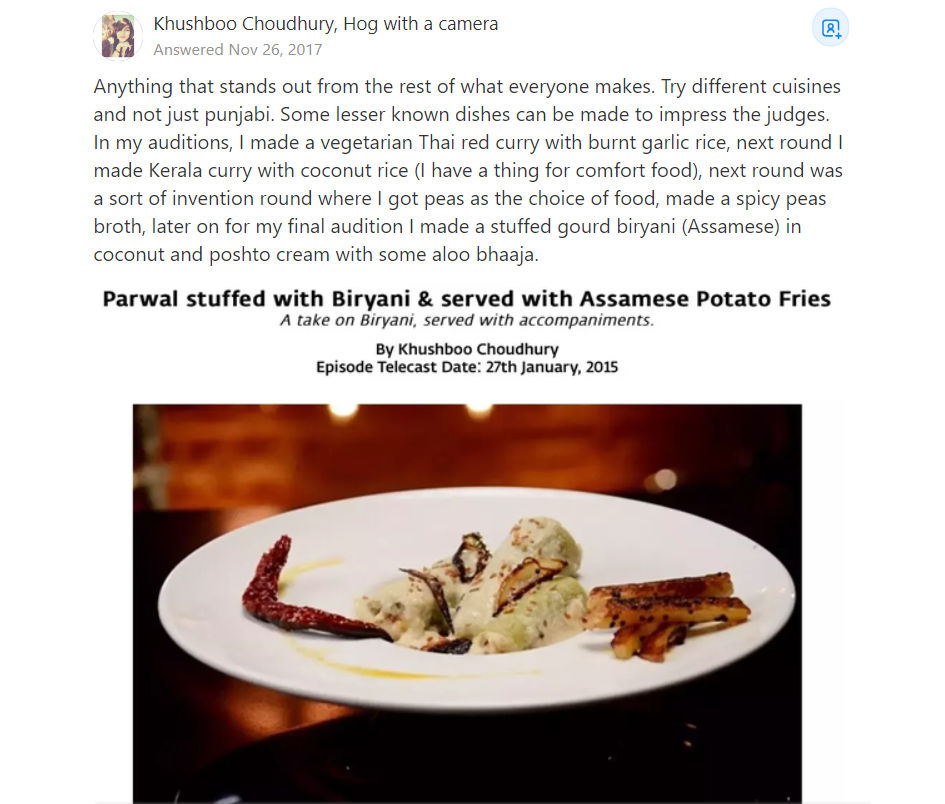 Also Read: Ahead Of Masterchef India Season 6 Finale, Check Out The List Of Past-winners

PEOPLE HAVE PLEDGED SO FAR
National Potato Chip day: Here's all you need to know about the day; read
5 easy-to-make, yummy snacks to binge on while doing work from home
Sugar busters diet is a minimal effort plan for young and old; read details
5 photos of delicious dishes to please your senses amid the COVID-19 crisis
Healthy meal ideas: Here are some Chinese dishes you can try while in quarantine
DO NOT MISS
TRADING HRS IN MONEY MARKET REVISED
INDIA'S OLDEST COVID-19 SURVIVOR
TIKTOK UNDER POLICE SCANNER
SENA TAKES DIG AT PM'S APPEAL
FACT CHECK ON PM-NUMEROLOGY RUMOURS
'IMPERATIVE TO BUST MYTHS': HRITHIK