Ayesha Curry Called Out For Nude Photoshoot, Fans Accuse Her Of Hypocrisy For 2015 Tweet

Steph Curry's wife Ayesha Curry has been facing backlash on social media after her nude photoshoot as tweets from 2015 show her speaking against the same.

Ayesha Curry has always been under scrutiny for years, sometimes users calling her our for the way she dresses. This time, it was her nude photoshoot that caught the public's attention. As per users, the 31-year-old had previously called out people for dressing scantily – something Ayesha said she does not prefer in a 2016 tweet

Everyone's into barely wearing clothes these days huh? Not my style. I like to keep the good stuff covered up for the one who matters ðŸ˜‚ðŸ˜‚ðŸ˜‚

Just looking at the latest fashion trends. I'll take classy over trendy any day of the week. #saturdaynightinsight

In 2015, Ayesha Curry tweeted about people 'barely wearing clothes' these days. She added that it certainly was not her 'style', and she prefers keeping this covered for the 'one who matters'. In another tweet minutes later, Ayesha speaks of her fashion choices, choosing 'classy' over 'trendy'. 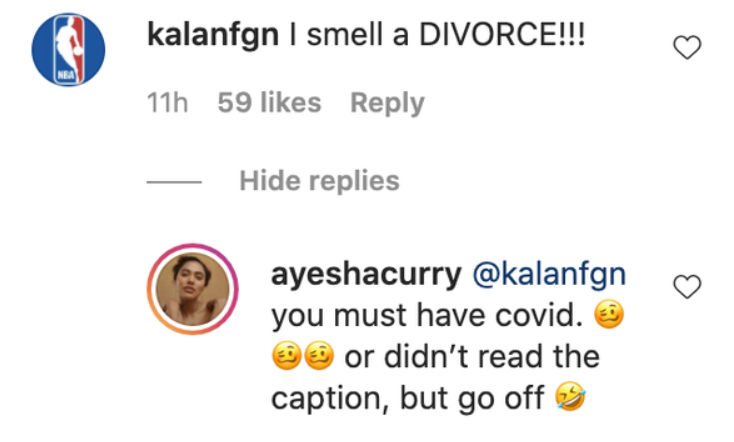 Fans have not let that go, constantly reminding Ayesha of the same in her comments. Many seemed to see her as a hypocrite, who did not really stand firm by what she says. Ayesha, however, had a response for most trolls. “I thought you and your husband are a Christian couple,” one user wrote, a fact which Ayesha only confirmed.

Another user took a dig at her relationship with Curry. Someone wrote that they 'smell' a divorce, to which the 31-year-old personality had a witty response. “You must have covid. Or didn’t read the caption, but go off," she replied, not tolerating any sort of comments being made at her marriage with Golden State Warriors star Steph Curry.

However, supporters also came along with the trolls, especially after Ayesha's responses. Many called out all the trolls, pointing out that she was not even revealing anything, and their mindset needs to change. Others remain confused, wondering why someone would even hate on her.

Last May, Ayesha had shared some bikini photos, which had resulted in followers and social media users referring to her as a 'hypocrite'. Even back then, the same 2015 tweets were referenced as fans were unhappy with her comments. Some even said that back then, she had been insecure and tweeted. Other celebrities like Gabrielle Union and Olivia Munn spoke in support.

Some time ago, Ayesha was also called out for dying her hair blonde. However, the three-time NBA champion was quick to defend his wife. He left a long comment on Ayesha's post, calling out all the people who claimed they could not identify Ayesha due to her hair colour. "Wait- that’s been you in this bed the whole time??? I ain’t even know," he wrote while assuring Ayesha that she looks beautiful no matter what she does.