While LeBron James and the Los Angeles Lakers are dominating the NBA bubble, fans have found new content for making memes – James' receding hairline. While at the bubble, James' bald spot has been visible during photos and games. Fans have shared countless memes about his hair, often urging the NBA icon to shave his head completely and embrace the bald spot.

Charles Barkley asked why LeBron was wearing a durag ðŸ˜‚ "He don't have enough hair for that to do anything." #lakers #lebron #lebronjames #charlesbarkley #barkley #lakersnation

Apart from fans, Inside the NBA on TNT host Charles Barkley has also taken to call out James' almost nonexistent hairline. "Did Lebron have a durag on? He don’t have enough hair for that to do anything,” Barkley said. This is also not the first time Barkley has called out James' hairline. In 2012, Barkley had reportedly questioned when would the then-27-year-old unveil his hairline. James' friend and retired NBA player Dwyane Wade has also previously joked about James' hair.

They cut to Lebron with the durag on, Charles Barkley goes "When he gon' unveil that hairline?" @AGuyCalledMat

While at the bubble, James had shared a famous LeBron James-Reece Cup meme on Instagram, which cause fans to appreciate the Lakers star, who seemed to be embracing his bald spot. A photo of James was compared to a goldfish cracker, along with the Ben 10 logo and World Cup trophy. The meme James shared on his Instagram story, was of a different angle, which was compared to a peanut butter cup whose chocolate gets stuck on the wrapper. 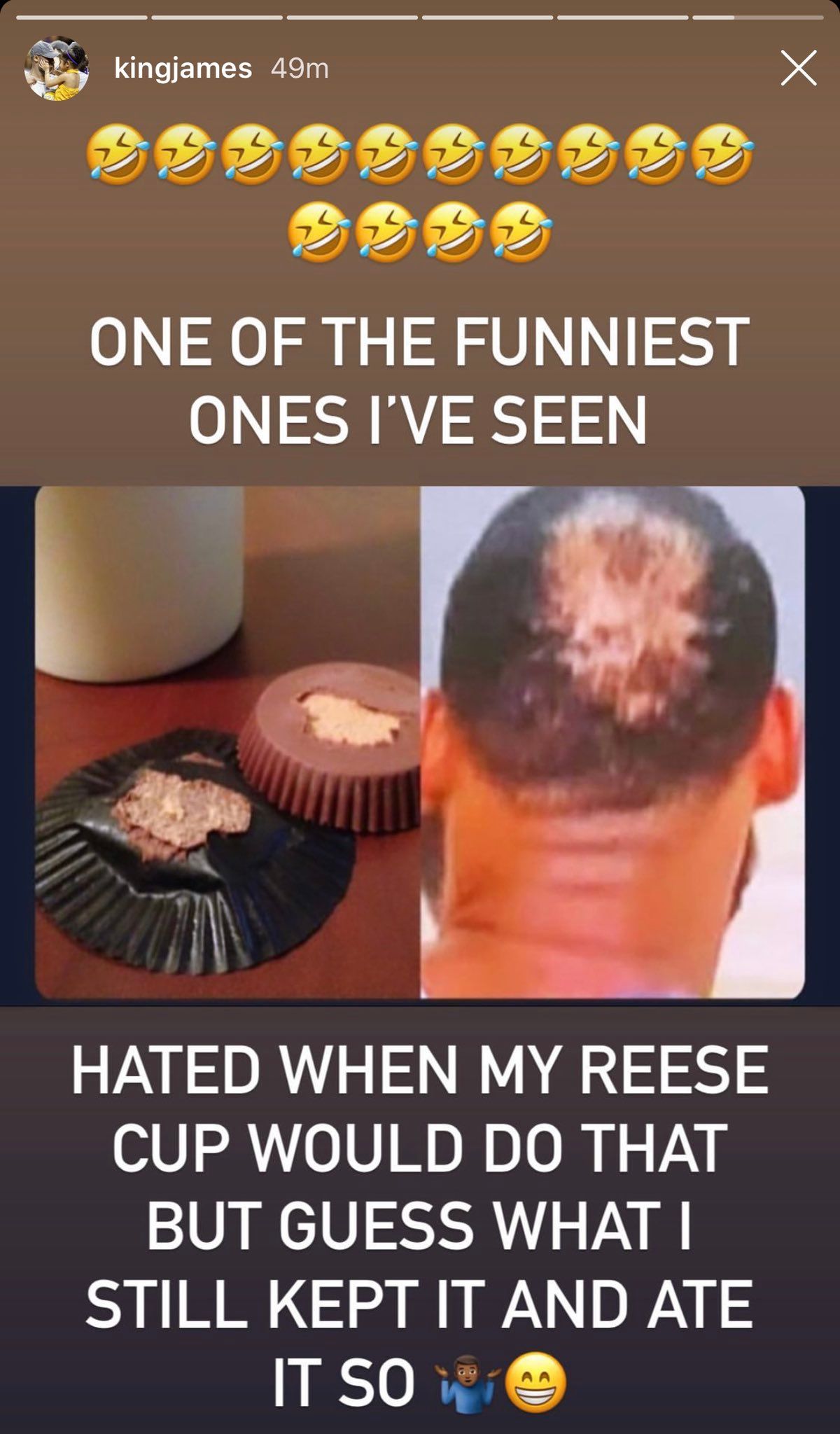 The Lakers are currently competing against the Houston Rockets for the Western Conference semifinals series. James and Anthony Davis have led the Lakers to a 3-1 lead and will look to seal the series with a Game 5 win on Saturday, 8:00 PM EST (Sunday, 5:30 AM IST). James recently surpassed Ray Allen on the all-time playoffs three-pointers list and is now the all-time leader for the most number of playoff wins.