A few days ago, Giannis Antetokounmpo's Twitter account was hacked. Recent reports state that his hacker is said to be a 16-year-old called Christian Boulton.

People on Twitter and Instagram found the hacker, Christian Boulton on his Discord server. The 16-year-old was bragging about hacking into his account before and also named a girl called 'Kaylee', who he gave a shoutout to from Giannis' account. Along with Giannis' Twitter handle, his phone and bank accounts were also hacked. 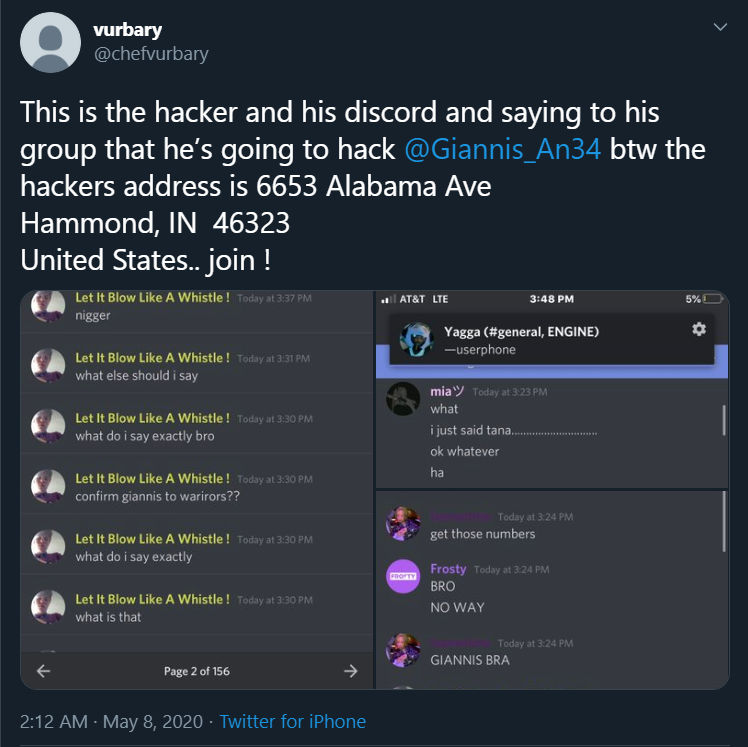 Giannis Antetokounmpo apologized for the tweets from his account

Giannis apologized by addressing the extremely inappropriate tweets and said that he was 'disgusted that somebody would say the terrible things that were said'. He added that he feels terrible that the Bucks, Khris (Middleton), LeBron (James) and the Curry family (Stephen Curry) were included in the malicious and untrue tweet. He apologized specifically for the tweets made for the Bryant family as 'during their time of grief, they should not be subjected to this type of negativity and foul behaviour'.

Giannis' girlfriend Mariah Riddlespringer and brother Kostas informed fans of his account being hacked. Kostas commented on every comment being made, letting everyone know that Giannis was not the one tweeting. He even informed everyone that Giannis' phone, email and bank accounts were also compromised.

Giannis’ twitter, phone, email and bank accounts were hacked! He genuinely apologizes for everything that was tweeted and he will be back as soon as possible! The things that were said by this hacker were extremely inappropriate and disgusting!