La La Anthony took to Instagram to share a photo of her in a bikini, vacationing Punta Cana, Dominican Republic. Carmelo commented and asked her to calm down.

La La Anthony took to Instagram to share a photo of her in a bikini, relaxing in Punta Cana, Dominican Republic. Various celebrity friends, along with thousands of fans complimented La La Anthony by commenting on her photo. Her husband and NBA player, Carmelo Anthony, also commented on her photo. He asked La La to 'calmate cete calmo', which means 'calm down' in Italian. Since the couple is reportedly separated, Carmelo Anthony's response caused fans to speculate about their current status. Currently, her photo has over 500,000 likes. 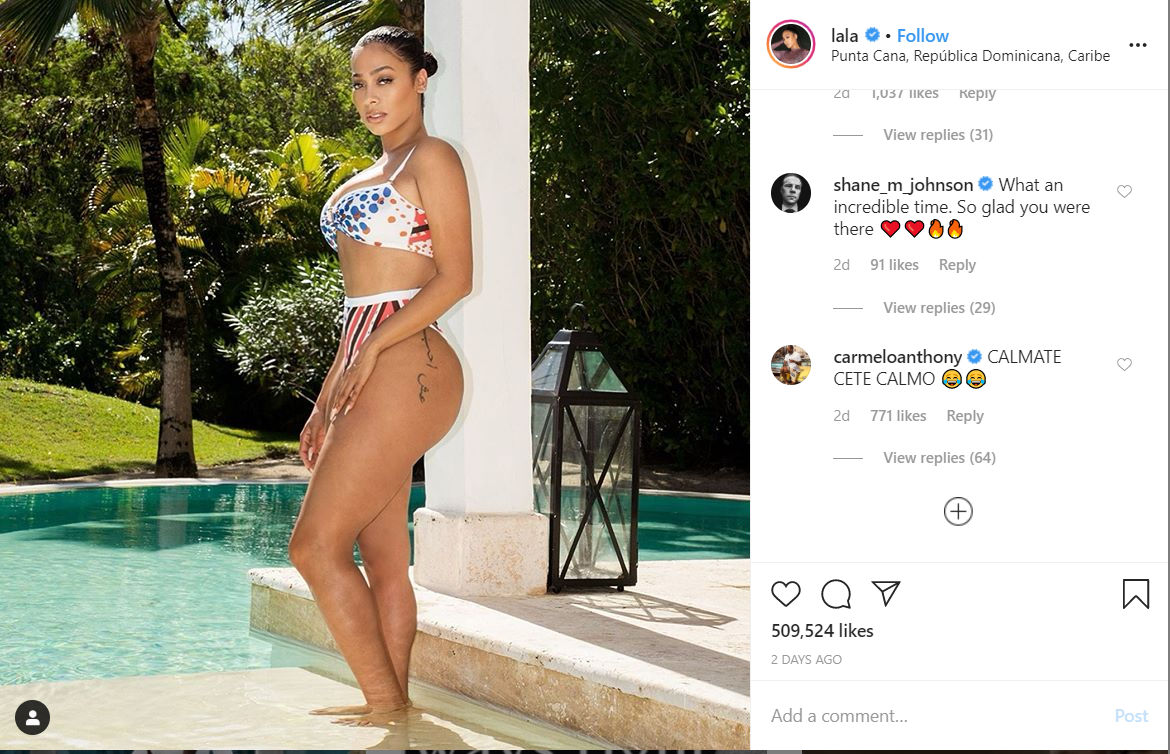 NBA 2019-20: La La Anthony and Carmelo Anthony are reportedly still together despite rumours surrounding their split

According to reports, Carmelo Anthony and La La Anthony are still together and are apparently making their relationship work. La La had reportedly split from Carmelo after the latter's cheating rumours emerged in public back in 2017. La La and Carmelo got married in 2010 and have a 12-year-old son Kiyan. A source informed a news magazine after La La was seen having breakfast with Aquaman actor Yayha Abdul-Mateen II. Both La La and Yayha Abdul-Mateen II were spotted together in New York.

La La Anthony posted a photo on her Instagram account where she, Carmelo and Kiyan were posing together while wearing matching red and white pyjamas on Christmas. La La added a caption saying that two grateful hearts equal to one happy kid. Carmelo too posted the same photo on his Instagram and captioned it 'The Anthonys'.

The couple, who split in 2017, reunited in 2018. However, it was later reported that La La was living separately from Carmelo Anthony after she had sought legal guidance. Around the same time, there were rumours of La La filing for divorce. La La had also given an interview, where she stated that she is very happy with her current situation and people do not get to choose what they go through.