Michael Jordan daughter: Jasmine Jordan gave birth to Jordan's grandchild last year in May. She shared a loving note about her son on Instagram on his birthday. 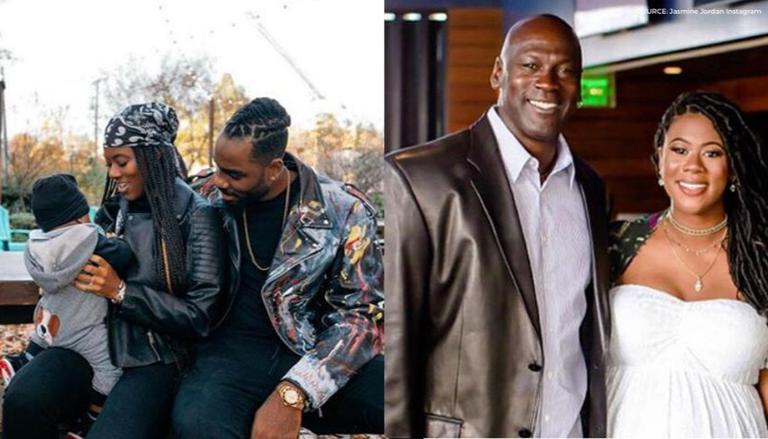 Michael Jordan's daughter, Jasmine Jordan, gave birth to Jordan's grandchild last year. As her son turned a year old, she took to Instagram to share the news with fans. Jasmine Jordan was born in 1992 while he was still married to his first wife Juanita Vanoy. She also works as an executive for her father's Jordan brand.

ONE • What a year it’s been! Becoming a mom has been incredible but becoming YOUR mother has been beyond fulfilling. You came into my world and turned it upside down in the best way. I was so scared when I first laid eyes on you. At that moment, I knew how much you needed me then and going forward. I questioned whether or not I’d be enough for you. Little did I know, I had it all wrong. I need you more than anything in this world and I can never get enough of you. ONE year down and a lifetime to go. I love you baby boy. Happy Birthday 🎈

Jasmine is currently engaged to Rakeem Christmas, who she met while at Syracruse before he started playing in the NBA for the Indiana Pacers (2015 to 2017). The couple were original planning a fall wedding. While talking to The Today Show, she stated that the 'wedding plans are still on track'. They are working for it and pushing forward, hoping that they can 'keep it going'.

Jasmine and Rakeem Christmas with their son

Jasmine Jordan, who works as an executive for the Jordan brand, talked about her role in the company during an interview with Rolling Out. As per Jasmine, she is the 'liaison' between the brand and the athletes. She works with the players to make sure they 'get everything from footwear to apparel to succeed on the court and to be fashionable off the court'. She also makes sure they have custom 'colourways for their games'. She further explained that they also deal with all the photoshoots and appearances, making sure everything is on schedule.

Jasmine Jordan opens up to @kekepalmer about growing up with her GOAT father Michael Jordan, #LastDance documentary and carrying on her family's legacy #SSKAtHome @MickiJae pic.twitter.com/sjMqH8C3vQ

While talking to the Chicago Tribune, Jasmine revealed that she has never seen some snippets before. She added that it has been incredible to watch, as she did not get any previews or anything. She admitted to watching the show real-time and taking it in as a fan.