Shaq has continued to fire shots at Utah Jazz centre Rudy Gobert, claiming that he would coast past the 28-year-old if they were to indulge in an H2H battle. 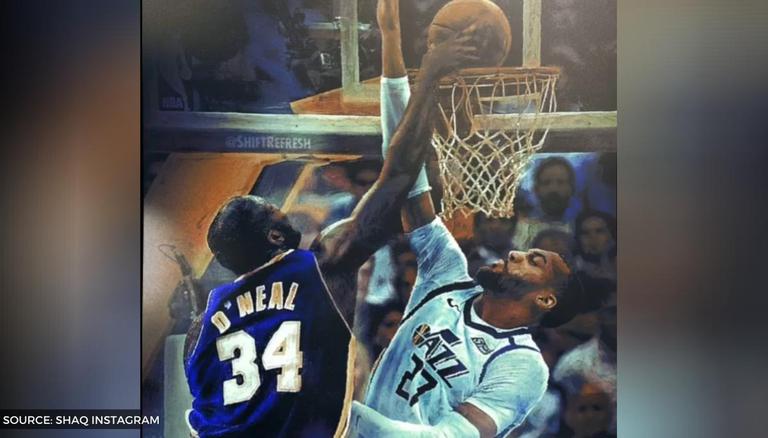 NBA legend Shaquille O'Neal has launched another scathing attack on the Utah Jazz centre Rudy Gobert after he signed a  massive $205 million extension in the offseason. The 28-year-old was one of the stars to cash out this summer, signing a deal over his max extension with the Jazz as they look to mount a playoff charge. Shaq has been persistent with his jabs, but Gobert has held his footing and has refrained from the beef so far.

Shaquille O'Neal is one of the greatest centres to have played in the NBA, and the Los Angeles Lakers legend was at unease with today’s big men getting a heavy payday for not even being dominant. Shaq took aim at Rudy Gobert last week, hitting out at his contract on the All Things Covered podcast. “I’m not gonna hate, but this should be an inspiration to all the little kids out there. You average 11 points in the NBA, you can get $200 million. The silver lining is he is a great agent, and I’m happy for him and his family,” said O'Neal launching a scathing attack on the 28-year-old.

Furthermore, the Lakers legend followed it up with a photoshopped photo of him slamming on Gobert on social media. Shaq believes he would have had 45 pts, 16 rebounds, ten missed free throws in three quarters while Rudy Gobert would've had 11 pts, four rebounds and fouled out in 3 if the two ever went head to head. Rudy Gobert meanwhile has played down in what has been termed as a potential beef between the two. The 28-year-old said that people can continue to discredit and speak negatively about him, as he believes their comments are a reflection of them and shows what they are. He added, "I will always be happy for a brother beating the odds. And I’m gonna keep beating the odds".

There is no beef. If people wanna keep speaking negatively about me or keep discrediting what i do it’s on them and all that does is show who they are. I will always be happy for a brother beating the odds. And i’m gonna keep beating the odds. https://t.co/l241ZQ2Qk4

In his career stretch, Rudy Gobert has averaged just 11.8 points per game and 11.0 rebounds, However, over the past 3 seasons, Gobert has averaged over 15 points and 12 rebounds while playing DPOY-caliber defence. In his seven years in the NBA, Gobert has also earned two Defensive Player of the Year awards. He was also named NBA All-Defense four-times along with being the league's blocks leader in 2017. And while the 28-year-old is an effective centre, he has had just one All-Star appearance.