Late NBA legend Kobe Bryant, who had for daughters, had always prided himself on being a 'girl dad'. The Los Angeles Lakers star retired from the NBA in 2016 with an aim to spend more time with his family. Bryant had recently started attending basketball games again with his daughter Gianna, who wanted to carry on her father's legacy. Bryant's wife, Vanessa, constantly posted on her Instagram account about Bryant and their daughters – Natalia, Gianna, Capri and Bianka. Kobe Bryant and Gianna lost their lives in a tragic helicopter crash in January.

Vanessa Bryant frequently shared videos of Bryant spending time with their daughters. Her posts ranged from Bryant playing with their youngest daughters, spending time with Natalia and practising basketball with Gianna, who was also called Gigi by her loved ones. After Bryant and Gianna started attending NBA games during the 2019-20 season, Vanessa constantly shared photos of the two of them at courtside.

Vanessa's most recent post celebrates their youngest daughter Capri's first birthday, where she shared photos of her daughter and late husband, while her caption stated that she missed Bryant and Gigi on this special occasions. Along with the birthday wish, Vanessa also shared photos of a photo shoot featuring her, Bryant and their then-new born baby Capri. Over the years, Vanessa's Instagram has given fans a glimpse into Bryant's relationship with their daughters, allowing everyone an opportunity to see them grow up.

Along with Bryant's individual photos and videos with their daughters, Vanessa also shared their family photos as they celebrated holidays and important events. She last shared family photos on Christmas, where they all posed together for the holiday. During her speech at Kobe Bryant's memorial service at the Staples Center  on February 24, she talked about Bryant's simple relationship with his daughters and how the five-time NBA champion loved to spend time watching movies and debating with them.

After Bryant and Gianna's death, Vanessa had shared a heartwarming video on Gianna and Bryant's 2-month death anniversary, which featured various moments of the father-daughter duo revolving around basketball. Like Vanessa, the Lakers legend also chose to share photos of his daughters on both Instagram and Twitter. One of the last photos Bryant posted was of a young Gianna and one of Natalia Bryant on her 17th birthday. 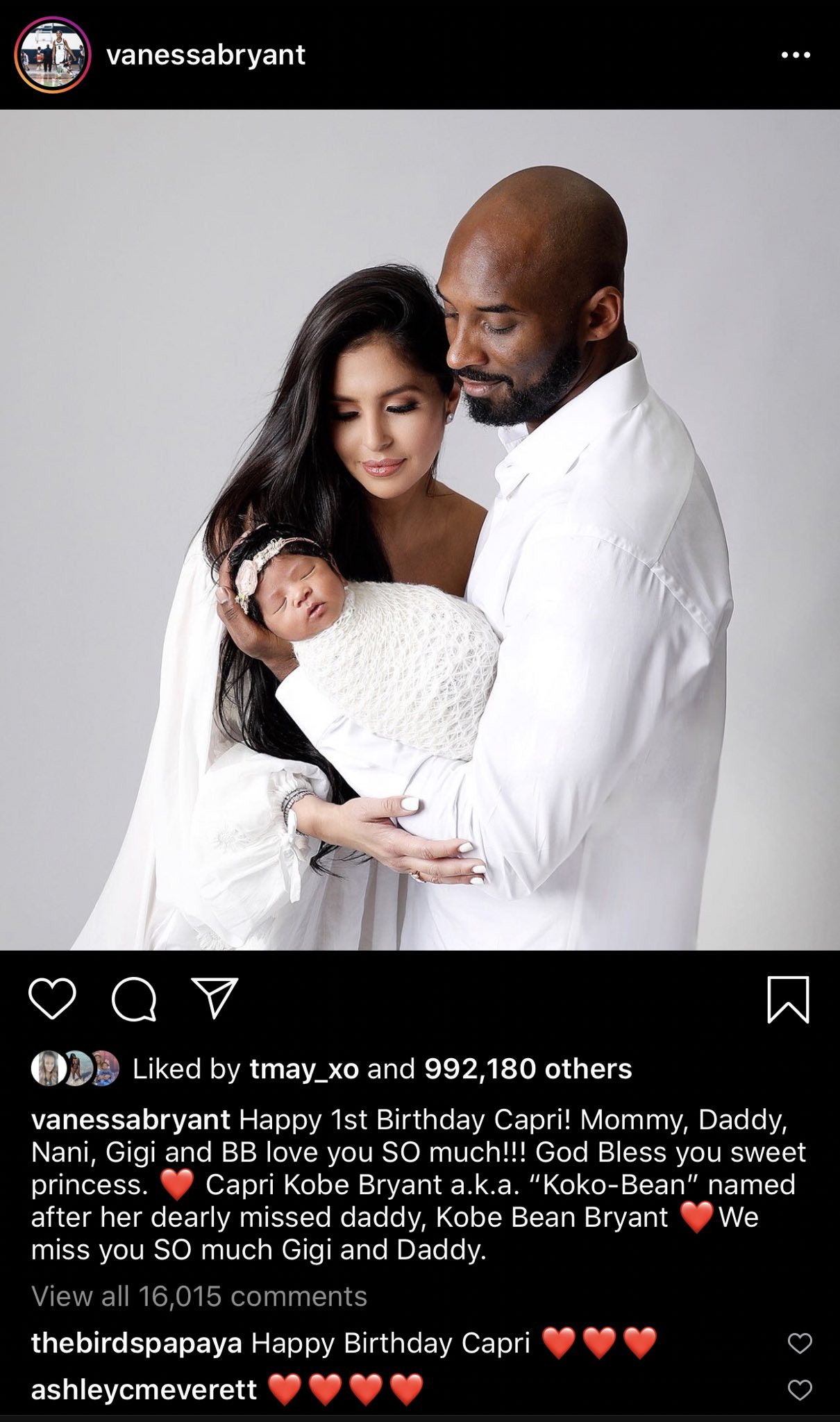 Less than a week after Bryant and Gianna's death on January 26, parents all over the world paid their tribute to Bryant, who prided himself on being a girl dad. During an interview, Bryant had referred to himself as 'girl dad', stating that he would have five more daughters if he could. Parents used the hashtag 'girldad' after his death to speak about their relationships with their daughters to honour the 41-year-old Los Angeles Lakers legend.