City Lions will take on Pakcelona in the 16th match of the ECS T10 Barcelona on Thursday, February 11. Here's our CLI vs PAK Dream11 prediction.

City Lions will take on Pakcelona in the 16th match of the ECS T10 Barcelona on Thursday, February 11 at 1:00 pm IST. The match will be played at the Lluís Companys Olympic Stadium in Barcelona, Spain. Here's a look at our CLI vs PAK Dream11 prediction, probable CLI vs PAK playing 11 and CLI vs PAK Dream11 team.

City Lions are yet to open their account in the competition after losing their opening fixture versus the Barna Royals. Lions lost the match by 10 runs as they looked to chase down the target of 87 runs. Royals scored 86/8 after batting first with Syed Gulraiz Hussain top-scoring for the team with 19 runs. Annas Sultan Khan was the other major contributor with 15 runs. For the Lions, Sikandar picked up 3 wickets.

The Lions failed to chase down the target despite an unbeaten 26 from Irfan Muhammad. Apart from Irfan, Abid Hussain (16 runs) and Kashif Shafi (17 runs) were the other major contributors with the bat. For Royals, Hamza Azhar and Waqas Anwar picked up 2 wickets apiece.

Pakcelona, on the other hand, have lost both their matches so far and are rooted to the bottom of the points table due to their poor net run rate. The upcoming match against City Lions presents them with an opportunity to not only win their first match of the tournament but also climb up the points table. This should be an exciting contest to watch.

Also Read: Axar Patel Begins Training In Nets, Likely To Return Back In Squad For 2nd Test Vs England

Also Read: Anderson In 'best Shape Of His Life' But Could Still Be Rested For Second Test 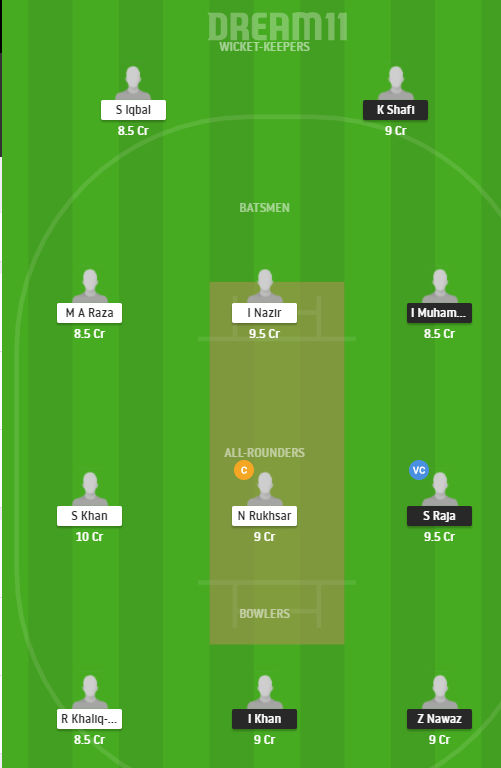 As per our prediction, CLI will come out on top in this contest.