Gautam Gambhir took to Instagram and shared a picture of himself from the early days of his cricketing career, thus sending fans into nostalgia.

Former Indian cricketer Gautam Gambhir is one of the best batsmen that India has ever produced. The southpaw was instrumental in India's triumphs at the World T20 2007 and ICC Cricket World Cup 2011. After an illustrious career, Gambhir retired from all forms of cricket in December 2018 and is now into his second innings of sorts as a politician. Gambhir, who is a Member of Parliament from East Delhi, won the Lok Sabha 2019 elections as a BJP candidate from his constituency by a big margin of 695,109 votes despite being a first-time participant.

Gambhir has been immensely active on social media since calling it quits from cricket. The former cricketer regularly keeps his fans updated about his whereabouts through social media. On Friday, Gambhir took to Instagram and shared a photo of himself from the early days of his cricketing career. In the photo, a young Gambhir is seen wearing the Indian jersey with a purposeful look on his face. He captioned the post, "Young eyes all set to turn dreams into reality!"

As soon as Gambhir uploaded the post, netizens started flooding the comments section with their responses. Several reactions poured in as fans lauded the southpaw for his immense contribution to Indian cricket. A lot of fans also became nostalgic and expressed how they missed his presence on the field. Here's a look at how people reacted to the post. 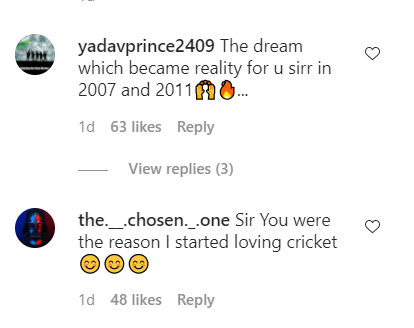 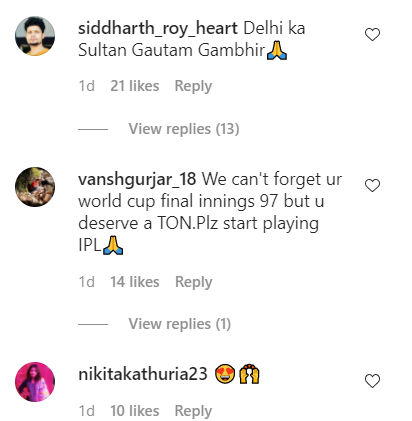 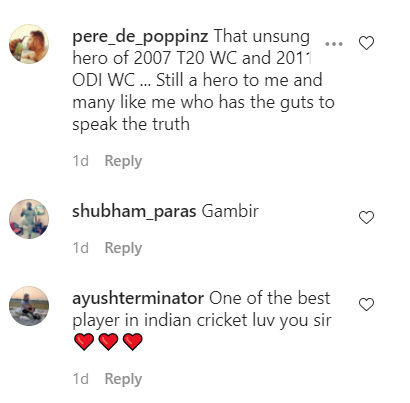 Gambhir is renowned for his generous nature and he has time and again proved it with his noble gestures. He has made it a habit of helping the needy through the Gautam Gambhir Foundation. Recently, Gambhir inaugurated a 'Jan Rasoi' canteen at Gandhi Nagar market in his constituency to feed the needy at INR 1 per plate. While launching the Gambhir Jan Rasoi initiative, the former cricketer said that five to six more such canteens will be opened in different parts of East Delhi. As per the Gambhir Jan Rasoi initiative, the next 'Jan Rasoi' will be opened in Mayur Vihar district.

The Gautam Gambhir career stats composes of some staggering numbers. He has represented the Indian side in 58 Tests, 147 ODIs and 37 T20Is between 2003 and 2016. In Tests, the Delhi-based batsman aggregated 4,154 runs and in ODIs and T20Is, he compiled another 5,238 and 932 runs respectively. The Gautam Gambhir career stats also composes of 20 centuries and 56 half-centuries across international formats.