‘Kohli: Don’t Angry Me’, ICC’s Caption Challenge Gets The Best Out Of Netizens

The International Cricket Council (ICC) leaves no stone unturned when it comes to entertaining the fans on social media. Their 'Çaption This' moment has to be the most famous one of them all. Sometimes, their sense of humour is appreciated by the fans, whereas, there have been instances when they have been at the receiving end as well. Lately, the governing body of world cricket had posted an image of Indian skipper Virat Kohli and his West Indian counterpart Kieron Pollard from the post-match presentation ceremony after the 1st T20I which was played on Friday and had asked the fans to caption the same.

READ: Virat Kohli thanks the big 'BOSS' Viv Richards for his congratulatory message

Fans come up with hilarious reactions

After ICC had asked the fans to caption the image of Kohli and Pollard, they came up with a lot of hilarious reactions. Here are some of them. 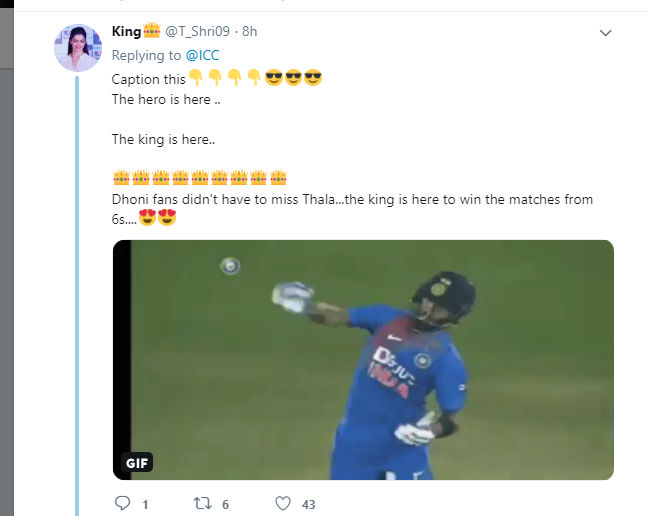 READ: Ravichandran Ashwin hails Virat Kohli for his 'extraterrestrial' show with the bat

Virat Kohli who made his comeback to the game's shortest format against West Indies stole the show with an outstanding batting performance in the first T20I at the Rajiv Gandhi International Stadium in Hyderabad on Friday. Chasing a huge total of 208, Kohli began slowly but then went berserk as he got set at the crease. After KL Rahul (62) was dismissed, the Indian skipper took the initiative and kept the scoreboard ticking. He anchored the run chase well as he took the attack to the West Indian bowlers. Virat's efforts paid off as he took the Men In Blue past the finish line with eight balls to spare. The batting superstar remained unbeaten on a 50-ball 94 at a strike rate of 188 which included six boundaries and the same number of maximums. The 'Çhasemaster' also hit the winning runs when he dispatched Kesrick Williams into the stands. Virat Kohli was also adjudged Man of the Match for his outstanding as well as an entertaining knock.

READ: Kieron Pollard speaks about what went wrong for WI despite posting a huge total