ICC had asked the fans to come up with their favourite moment of the decade on social media.

What's your favourite #SpiritOfCricket moment from the decade?

But, the majority of fans rooted for New Zealand skipper Kane Williamson who was seen smiling even after having lost the World Cup final against England in an unusual manner. Here are some of the reactions. 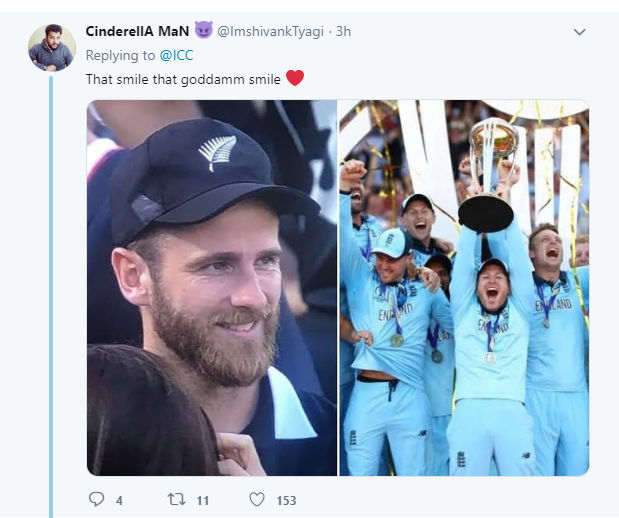 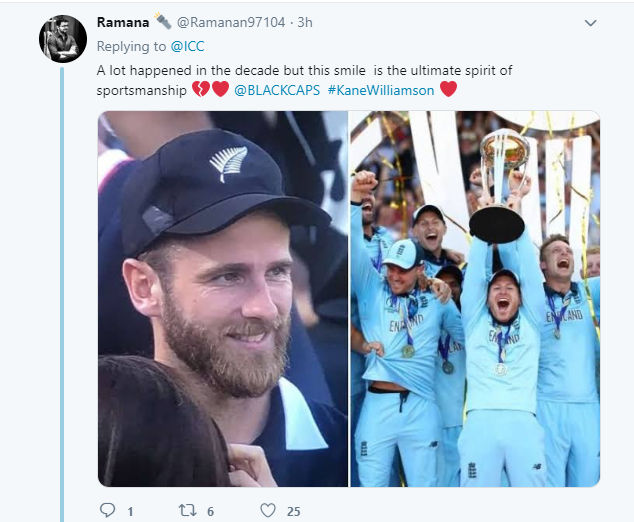 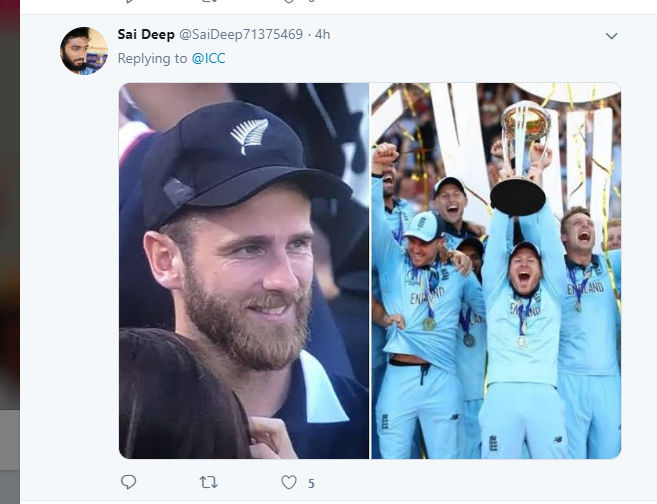 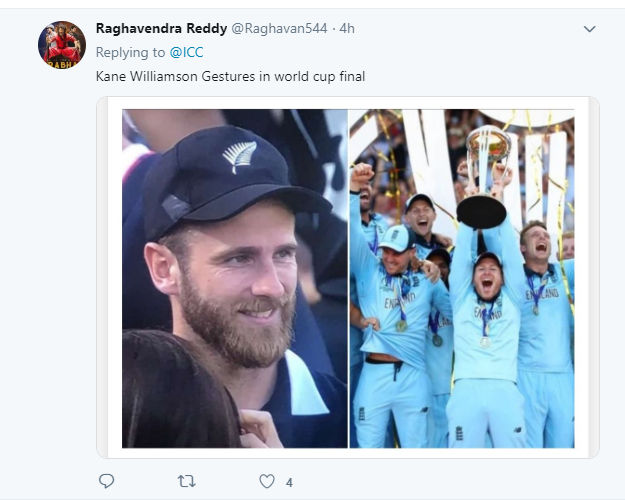 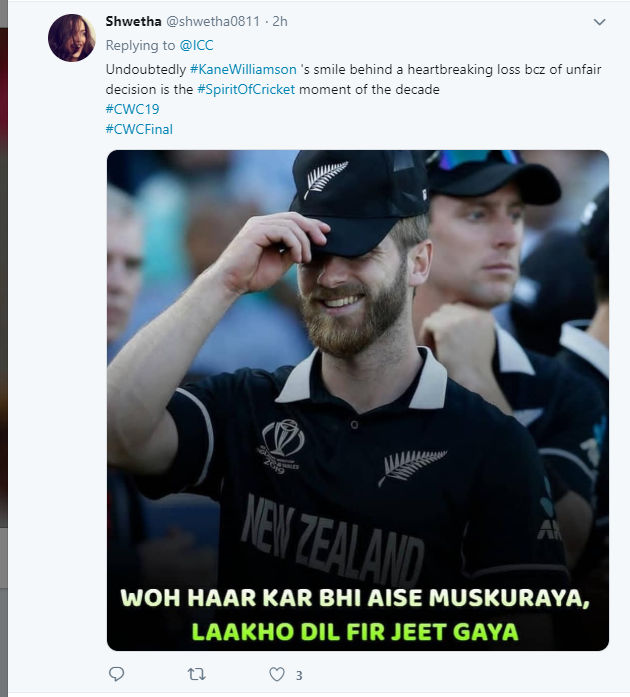 So near yet so far for the Kiwis

Just when it appeared like New Zealand were moments away from winning their maiden World Cup, a bizarre incident happened in the final over of the match which was bowled by Trent Boult. Stokes had failed to hit one off the middle of the bat and set for two runs. An unfortunate throw from Martin Guptill deflected off Stokes' bat and raced to the boundary. Stokes had not completed the second run but Kumar Dharmasena had signalled six runs. As per rules, only five runs should have been awarded instead of six.

That blunder turned out to be the turning point of the match as the match ended in a tie and a winner had to be determined by a super over. Even the super over was tied but England were declared winners due to the boundary count rule. However, it could have been Kane Williamson and New Zealand who would have been standing on the podium holding the World Cup trophy aloft had it not been for that umpiring blunder.

''This is the moment. It's Archer to Guptill. Two to win. Guptill's gonna push for two. They have got to go. It's gonna go to the keeper's end. He has got it. England have won the World Cup by the barest of margins. By the barest of all margins. Absolute ecstasy for England. Agony. Agony for New Zealand," shouted Ian Smith from the commentary box.

READ: Ganguly hails Sehwag as the 'biggest match-winner in that generation', calls him special