Jofra Archer Baffled By How Humans Abuse Each Other; Raises Voice After Facing Racism

Jofra Archer has come forward and raised his voice after he was recently subjected to racial abuse on social media. Archer was allegedly racially abused by a New Zealand fan during the Test series against the Kiwis in their own backyard in November last year.

'It is not ever acceptable': Jofra Archer

It so happened that a person on Instagram had abused the Barbadian cricketer on his colour after having watched his live video and when it caught the World Cup-winning pacer's attention, he had decided that enough was enough and condemned racial abuse.

"I have given a lot of thought about reacting to this and I hope no one else has to deal with stuff like this on a regular basis, it is not ever acceptable and should be addressed properly in my opinion. I will never understand how people feel so freely to say these things to another human being, it baffles me," Archer wrote on his Instagram story. 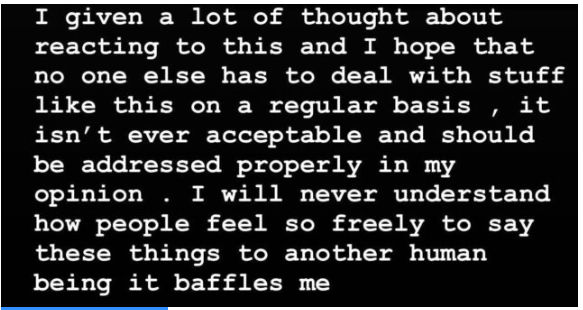 Speaking to a leading cricket portal about Jofra Archer's recovery, Rajasthan Royals head coach Andrew McDonald mentioned that the Rajasthan Royals will be collaborating with the ECB and monitoring the progression of Archer's recovery. While the team is respecting the statement that the ECB has made, they are not completely ruling out the possibility of Archer making a quicker recovery. McDonald confidently stated that the team is no hurry to replace Archer and will give the pacer some time to heal. The head coach also conveyed his good wishes to Archer and failed to be bogged down by his injury as they are "a part of the game".

Archer has represented the inaugural edition winners in the last two editions of the tournament. In the 2018 season, the Ajinkya Rahane-led side had finished fourth while the team could not qualify for the playoffs last season. The Royals will be led by Steve Smith in the upcoming season.

His South Africa tour was cut short after the youngster had suffered a stress-related injury in his elbow during the Test series.

READ: Ishant Sharma net worth, salary, personal life and records ahead of IPL 2020