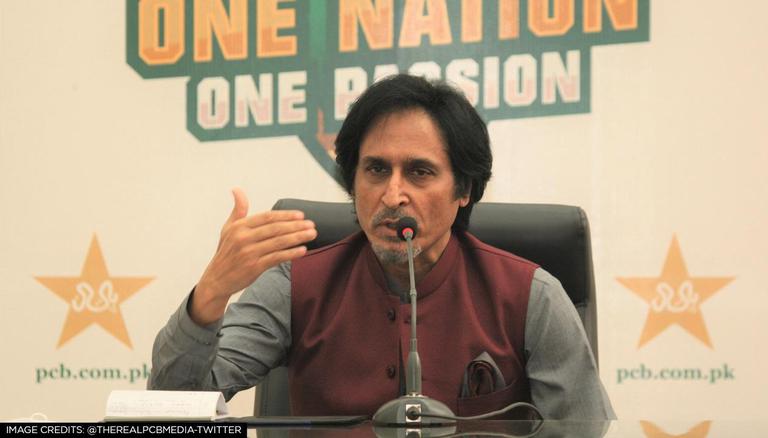 
Former Pakistan cricketer Ramiz Raja on Monday during his first press conference as the new chairman of the Pakistan Cricket Board (PCB) did not seem happy with the ongoing criticism of the team's T20 World Cup squad. PCB Chief Ramiz Raja broke his silence over the criticism levelled against the cricket board for not including experienced Sarfaraz Khan and Shoaib Malik into Pakistan's T20 World Cup squad. In fact, various Pakistani local media reported that skipper Babar Azam is not happy with the Team's selection which was reportedly approved by Ramiz Raja.

Slamming the Pakistani media during the press conference, a combative Raja said that he would welcome suggestions but not criticism. To slam the Pakistani media over criticism, Raja said, "Main gaaliyan khane nahi aaya hoon (I am not here to get abused)." Raja also asked the media to respect his future decisions as a stand of Gaddafi Stadium is named under him and his brother Wasim Raja.

The remark by Ramiz Raja was shared by a Journalist on her Twitter handle, hilariously asking 'Now who hurt him?'

Now who hurt him? pic.twitter.com/fmgCNrni4E

'Will not listen to any criticism,' says PCB chief Ramiz Raja

Speaking at the press conference, Ramiz Raja said, "Pakistan has more match winners as compared to other teams around the world. I want to ask the Pakistani media to be responsible and back the selected team for the T20 World Cup. You will see our policy as you will get good news every week or 10 days. I have come here to improve the cricket, therefore whatever I will feel is right I will take that decision."

"I want you to start seeing results in the next 6 months and that is not a big thing. If you have any question on my policy then it is a good thing. But you should know that I am not here to get abused because there is an enclosure on me and my brother's name at Gaddafi stadium. So, I have done something in my life. I welcome your suggestion but will not listen to any criticism. A constructive answer will be given to criticism. I am not threatening anyone," added Ramiz Raja.

"I think the Pakistan team needs a new direction. We have appointed Hayden and Philander for the World Cup," Raja said during a press conference.

"Going forward, we will have to carry out an extensive exercise in this regard in order to look for people who fit our model. Our objective is to give this team the best possible options so that it leads to improvement in performances," he added.