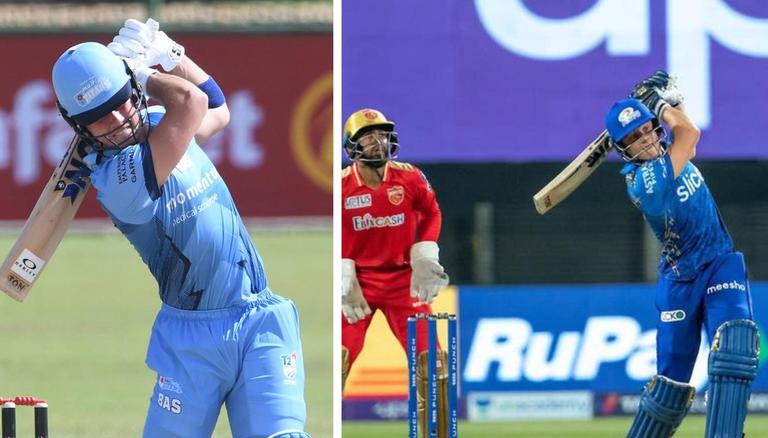 
Dewald Brevis is considered a promising talent who is ready to take the world by storm with his batting skills. The youngster made headlines during the Under 19 World Cup after which he was purchased by Mumbai Indians during the IPL 2022 mega auction. Brevis showed promise in the limited opportunities presented to him during IPL, however, on Monday he played once-in-a-lifetime innings getting his name registered in the history books.

Playing for Titans, Brevis ripped apart ITEC Knights at the JB Marks Oval on Monday, October 31. Brevis scored 162 runs off just 57 deliveries and in the process, he registered the highest domestic T20 score, the fastest domestic century and became the 3rd highest score of all time. Dubbed as 'Baby AB', Brevis completed his half-century in 18 balls, before reaching the triple-figure mark in just 35 balls. Dewald Brevis 162 run knock consisted of 13 fours and 13 sixes before getting dismissed in the 20th over. Titans finished their innings on 271/3 - the highest team score in the CSA T20 Challenge.

The Mumbai Indians batter is now the fastest cricket to cross the 150 runs mark. The previous record was held by Chris Gayle who took 53 deliveries to smash an unbeaten 175 in the 2013 IPL. At 19 years and 185 days, Brevis became the youngest South African to score a century in men's T20 cricket. De Kock was the previous youngest at 20 years and 62 days old when he scored 126* against Cape Cobras in 2013.

Brevis also recorded the joint second-fastest T20 hundred by a South African, behind Lubbe's 33-ball century against Limpopo in 2018. David Miller also had a hundred off 35 balls against Bangladesh in a T20I in 2017. The partnership of 179 between Brevis and Jiveshan Pillay is the highest stand for any wicket in South Africa domestic T20. It is also the second-highest T20 partnership in South Africa, behind the 197-run opening stand by Pakistan's Babar Azam and Mohammad Rizwan in 2021.