New Zealand on Monday won the beat India in the second Test by seven wickets in Christchurch, sealing the series 2-0. The hosts chased down the target of 132 quite easily with openers Tom Blundell and Tom Latham scoring fifties. Reacting to India's defeat, former India cricketer and commentator Aakash Chopra said that there's "a serious chance" of India slipping from the top spot in ICC World Test Championship points table.

Taking to Twitter, Chopra added, "India have two series left, Four-Test series in Australia and Five-Test Series vs England at home." He claimed that earning 240 points for Team India from these two series will be "impossible"

A serious chance of India slipping from the top spot in WTC points-table. India have two series left—4-Test series in Aus and 5-Test series vs Eng at home. Earning 240 points impossible. #WTC

Australia is still second with 296 points after three series whereas England dropped to fourth with 146 points in two series. Pakistan is fifth in the table with 140 points with their Test series against Bangladesh still incomplete. Sri Lanka has 80 points while South Africa has 24 points with both sides playing as many as two series in the ICC World Test Championship. West Indies and Bangladesh are yet to open their account. 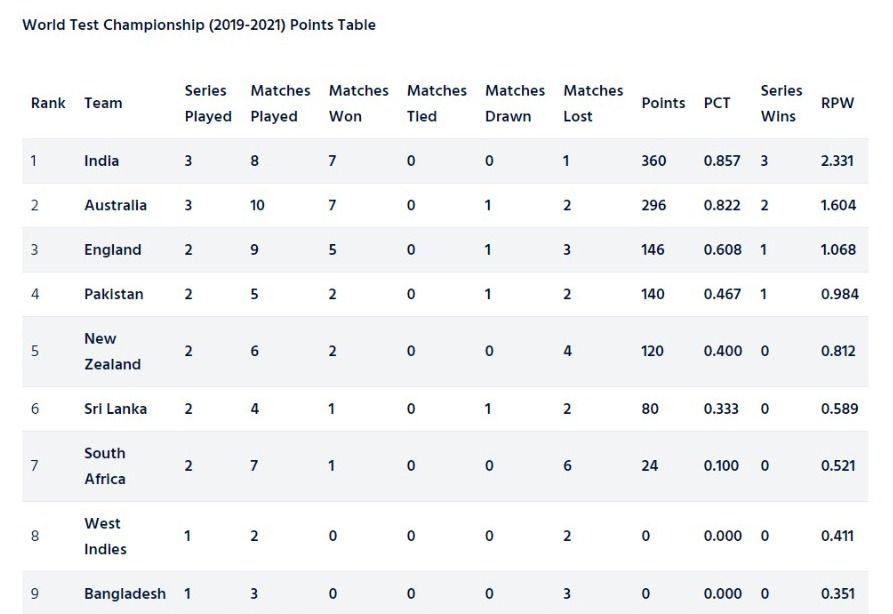 After the match, India captain Virat Kohli said the World No. 1 Test side is ready to introspect and rectify their mistakes in their series whitewash in New Zealand. Virat Kohli said the team is not going to give any excuses and conceded that the batsmen did not back up the good effort by the bowlers over the two Tests that lasted a total of 7 days.

'It was just not enough done by the batsmen'

"It was a matter of not having enough intent in the 1st Test. Playing well here in the innings and then small things small margins. When you sit down and look back at this series, you have to give credit to the way the New Zealand bowlers bowled in the right areas long enough. You had to play extravagant shots to get runs. It was a combination of us not executing well and New Zealand playing really well in their conditions," Virat Kohli said.

READ | Aakash Chopra's fear reflects in his 'thanks but...' reply to Jhulan Goswami's challenge

"I think their bowling and consistency was excellent and that forced our batsmen to make these mistakes which we don't. As a batting unit, we generally put up a fight, put up scores on the board. It was just not enough done by the batsmen to give the bowlers a chance to try and attack," he added.