Pakistan's excitement for Test return was drowned by netizens who urged the Sri Lankan players to stay safe. The two-match Test series begins on December 11

Pakistan will be hosting Sri Lanka in a two-match Test series starting from December 11. The first one will be played in Rawalpindi while the second one will be held in Karachi. Meanwhile, Pakistan will be playing Test series at home against Sri Lanka for the first time since 2009 i.e. over a decade. Ahead of the Test series, the governing body of world cricket International Cricket Council (ICC) posted an image of Pakistan Test skipper Azhar Ali and Sri Lankan captain Dimuth Karunaratne posing with the trophy with a caption that read 'History Awaits'.

Netizens come up with hilarious reactions

The netizens came up with hilarious reactions after having gone through ICC's tweet. They highlighted 2009 Lahore attacks where the Sri Lankan team bus was attacked by some gunmen while they were on their way to the Gaddafi Stadium which had ended up injuring a few players. At the same time, they also urged the Lankan players to stay safe. 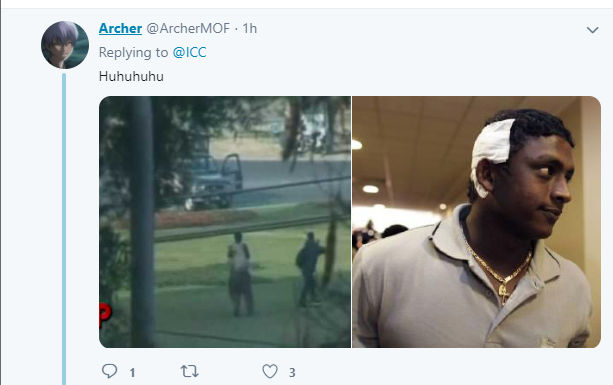 An important series for Pakistan

Pakistan who had beaten Sri Lanka in the ODI series were whitewashed by the island nation in the T20Is. They then had a forgettable tour Down Under where they suffered a complete whitewash after losing the three-match T20I series and a drubbing in the two-match Test series that followed. Pakistan, who are currently the eighth-ranked side in the ICC Test rankings will be hoping to salvage pride in the upcoming series.

''It's not about Pakistan losing the Test series, it's about what lies ahead. I have seen squash, hockey, snooker, television, drama, film, etc. I have seen all these institutions end. Somehow, cricket was the only institution left'', said Akhtar on his Youtube channel.