Steyn Sees Shades Of Rashid Khan In Ravi Bishnoi; 'he Is Really Quick Through The Air' 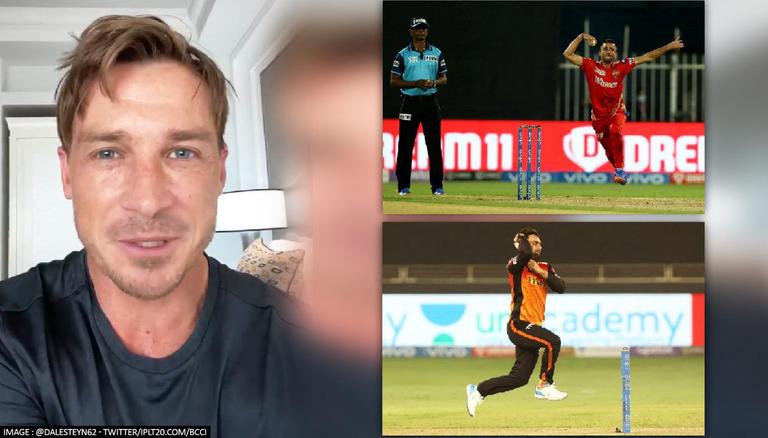 
Ahead of the crucial KKR vs PBKS clash, South Africa's former speedster Dale Steyn has lavished praise on Punjab Kings' leg-spinner Ravi Bishnoi for his spectacular performance in the ongoing IPL 2021. During the pre-match discussions at the ESPMcricinfo, Dale Steyn compared 21-year-old, Ravi Bishnoi to one of the greatest T20 spinners Rashid Khan. Although Bishnoi has given top performance for the Punjab Kings, cricket experts highly praised him when he dismissed Rohit Sharma and Suryakumar Yadav back to back in the match against Mumbai Indians.

Comparing Ravi Bishnoi's bowling style to Rashid Khan, Dale Steyn said, "He is amazing actually, he is really quick through the air. So lots of players are actually forced to play him within the crease. No one wants to run down on him, because he is kinda like Rashid Khan in a way. You don't see many guys run at Rashid Khan because one the batsmen don't get time as he bowls very quickly and two is one does not know what he is going to bowl. Is it going to be a googly or a leg spin? Ravi Bishnoi fits right into that Rashid Khan kind of mould. Obviously, he watches Rashid Khan very closely and he does very similar things."

"When we played IPL in Dubai (for RCB) last year he was incredibly tough to play against. Even guys like AB de Villiers and Virat Kohli walked into the dressing room and said that 'boys just be careful if you walk down the wicket of him (Ravi Bisbnoi) you are gonna put yourself in danger. You have to play him from the crease," added Steyn.

Meanwhile, KKR vs PBKS encounter will go underway on Friday at Dubai International Stadium. The match is slated to begin at 7:30 pm IST. While KKR will look to win the match and further strengthen its position amongst the top four sides in the points table, Punjab Kings will fight to secure an extra two points to gain an equal footing with Mumbai Indians. Punjab is currently lurking at the sixth spot in the points table. When KKR and PBKS met last time, the Eoin Morgan-led side emerged victorious as they won the game by 5 wickets.

As far as the head-to-head record between the two sides is concerned, KKR have dominated the roster with 19 wins in the 28 games that they have played against each other. Punjab Kings, on the other hand, have won just 9 matches of those 28 games against KKR. In the last five encounters, KKR again showed the upper hand by winning four out of the five matches against Punjab.

WE RECOMMEND
IPL 2021: 'Not many can do that on flat surfaces,' Dale Steyn praises CSK batter
IPL 2021, KKR vs PBKS: Who will replace Chris Gayle in Punjab Kings squad?
IPL 2021: Mahela Jayawardene says 'out-of-form' Suryakumar Yadav 'not a huge concern'
IPL 2021: 'Used bricks from construction site as wickets,' Pant recalls childhood memories
RR vs RCB IPL 2021 Live Streaming: How to watch match on TV and online in India
Listen to the latest songs, only on JioSaavn.com