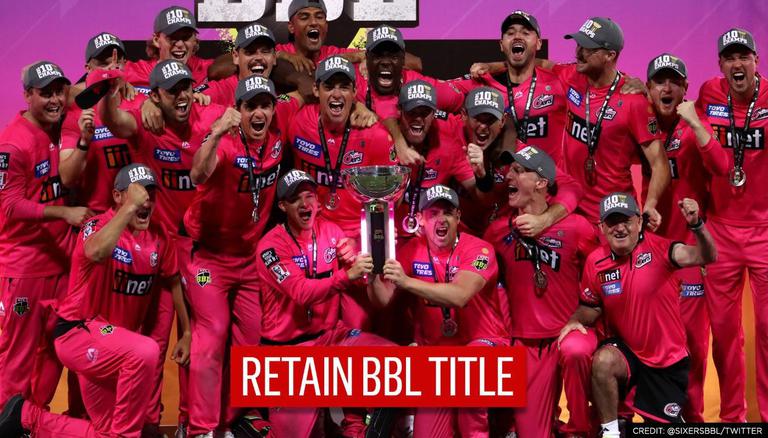 Sydney Sixers showed a great character on the field and it paid off well as they successfully retained their Big Bash League (BBL) title in the tournament decider against Perth Scorchers at the Sydney Cricket Ground on Saturday.

By the virtue of this impressive 27-run win, the Sixers ended up registering back-to-back BBL title triumphs and also won the tournament for the third time.

READ: Ben Stokes Says England Are Not Thinking Of An Overnight Declaration In Their 1st Innings

At one point, it seemed as if wicket-keeper batsman James Vince's run out would open the floodgates for the Scorchers after they won the toss and elected to bowl first. However, James Vince who looked in sublime form had other ideas as he toyed around with the bowlers. The English batsman missed out on what would have been an outstanding century by just five runs but, he had already laid a solid foundation for a stiff total by then.

Scoreboard pressure gets the better of Perth Scorchers

Ín reply, openers Cameron Bancroft (30), and, Liam Livingstone (45) added 45 runs for the opening stand and at one stage it appeared as if it would be a walk in the park for Perth. Nonetheless, they started losing wickets at regular intervals soon after and once Livingstone was dismissed, the visitors were playing a catch-up game as the asking rate started getting steeper.

With hardly anyone from the middle and lower-order making any impact, Perth Scorchers' hopes of winning a record fourth BBL title were dashed and they were eventually restricted to 161/9 from their allotted quota of 20 overs.

READ: 'Sachin Is An Emotion': Sreesanth Hails Tendulkar For Inspiring Boys To Play For India