Glenn Maxwell lashed out at umpiring errors in the BBL 2020 after Usman Khawaja was given not out despite nicking the ball to the keeper. 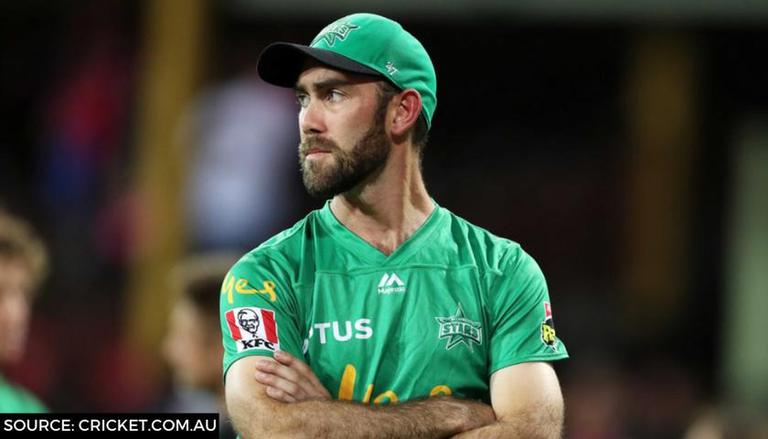 The Big Bash League has gone on to establish itself as one of the biggest franchise-based T20 tournaments in the world. In the past couple of weeks, the BBL 2020 has enthralled the cricketing community with some entertaining cricket. However, just like the recently concluded Dream11 IPL 2020 where several umpiring errors were made, the BBL 2020 is now in the news for umpiring howlers.

Glenn Maxwell lashes out at umpiring error in BBL 2020

It all happened during Match 12 of the BBL 2020 on Tuesday between Sydney Thunder and Perth Scorchers. Umpire Simon Lightbody made a decision which left everyone shocked. The Scorchers pacer Andrew Tye who came in to bowl the sixth over of the innings struck on the very first ball of his spell as he got Usman Khawaja to nick one to the keeper.

The entire fielding team including the bowler and the wicketkeeper were convinced that Usman Khawaja had edged it, however, Lightbody was firm that the bat had hit the ground and he gave it not out. Melbourne Stars captain Glenn Maxwell was infuriated with the umpiring error. The Australian all-rounder took to Twitter after the game and lashed out at poor umpiring in the tournament and questioned the absence of DRS.

We get that umpiring isn’t easy!! But surely with a stump mic, a bunch of different camera angles, and a basic understanding of cricket, the right decision could’ve been made without any of the fancy DRS bells and whistles? It was introduced to eliminate the howler... 👇🤷🏻‍♂️ https://t.co/vILutllXhv

The wrong decision didn't make much of a difference in the game as Khawaja was dismissed in the very next over by Aaron Hardie for 21. Sydney Thunder eventually went on to win the game by seven wickets as they chased 152 set by the Scorchers with three balls to spare. The Thunder skipper Callum Ferguson was named the 'Player of the Match' for his splendid 53-ball 61.

ALSO READ | Ben McDermott flies high after ton vs India with six 'on the roof' in BBL 2020 game: WATCH

Courtesy of their win over Perth Scorchers, Sydney Thunder are now placed at the fourth position in the BBL points table. They will now lock horns with Melbourne Renegades in Match 14 of BBL 2020 on Saturday, December 26 at the Manuka Oval in Canberra.

The BBL 2020 broadcast rights in India are with Sony Sports Network. The BBL 2020 matches will be telecast on Sony SIX and Sony SIX HD. To catch the BBL 2020 live streaming online, fans can tune into Sony's digital website and app, SonyLIV.