Virat Kohli's wife and Bollywood actor Anushka Sharma have a glimpse of the stylish batsman's preparations ahead of the tour Down Under.

Bangalore's Dream11 IPL 2020 campaign came to an end after losing to Hyderabad by six wickets in the Eliminator on Friday, November 6 in Abu Dhabi. After showing promise in the first half of the season, Bangalore's form went from bad to worse during the back end of the tournament as they lost five games on a trot to bow out of the tournament. Having been eliminated from the tournament, Indian captain Virat Kohli has started gearing up for the much-anticipated India vs Australia 2020 tour that is set to commence on November 27.

Kohli's wife and Bollywood actor Anushka Sharma have a glimpse of the stylish batsman's preparations ahead of the tour Down Under. Anushka shared a photo on her Instagram story where Kohli is seen cleaning his cricket shoes. Anushka captioned the post, "Caught the husband diligently cleaning his muddy spikes before the tour". 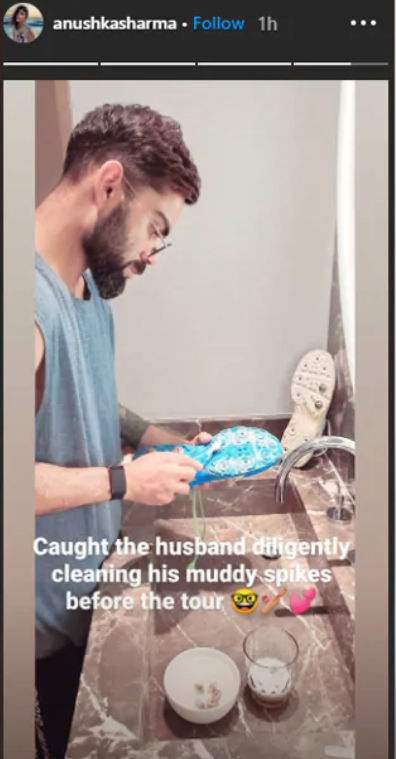 Meanwhile, Kohli is set to miss the last three Test matches against Australia as the BCCI has granted him paternity leave. Anushka and Virat expecting their first child in January 2021. India will kick off their tour to Australia with a three-match ODI series starting on Friday, 27 November, followed by as many T20Is and four Tests. The T20Is will be played in Canberra (4 December) and Sydney (6, 8 December).

Asia Cup 2022 to be hosted by Pakistan, PCB set to cross swords with BCCI again?