Belgium vs Greece prediction: The No.1 ranked team in the world will take on the 2004 champions in a friendly to ramp up their Euro 2020 preparations. 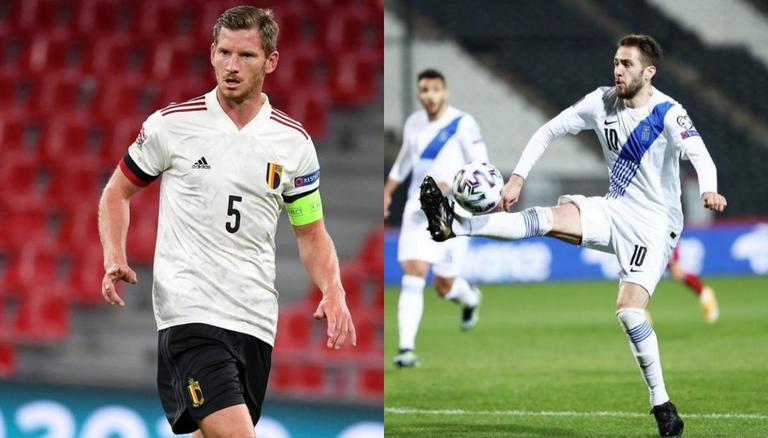 Also Read: Barcelona Set To Continue With Ronald Koeman Next Season With A Slight Change In Contract

Belgium vs Greece prediction and preview

Much has been made of Belgium's golden generation but the Red Devils have yet to make their mark at major international tournaments and will hope to do so at the Euro 2020. The No.1 ranked side in the world, Belgium would hope to build on third place at the World Cup in Russia three years ago. The European championships present them with the opportunity to stamp their authority on the international stage and build for World Cup in Qatar next year. Roberto Martinez's side are expected to finish at the top of the pile in Group B with Denmark, Finland and Russia beyond which things could turn tricky for Romelu Lukaku and Co.

Also Read: Trent Alexander-Arnold Injury Update: Is The England Star Out Of Euro 2020?

Greece were the unlikely winners at the Euro 2004, but since then they have failed to match up to their lofty standards, even failing to qualify for the 2016 Euros and 2018 World Cup. A return to the European Championships provides them with the opportunity to muster some lost pride and they come into the tournament on the back of some good form, navigated their 2020-21 Nations League campaign undefeated. A similar result on Thursday could serve as the catalyst for the team heading into a major tournament, and head coach John van 't Schip will hope for the same.

Belgium and Greece share an even head-to-head record. The two sides have clashed nine times with both teams winning three matches each. Three matches have ended as draws. However, Greece are winless in their last four meetings with Belgium - who claimed a 2-1 win when the sides last met in Qualifying for the 2018 World Cup. Meanwhile, Greece's most recent triumph in this fixture came in a 2002 friendly by three goals to two.

Belgium will be sweating over the fitness of Kevin De Bruyne who was forced off the Champions League final last week. Axel Witsel is also ruled out for the game, while Martinez is unlikely to risk Eden Hazard, considering his recent injury record. Greece will have the likes of Kostas Fortounis, Kostas Stafylidis and Dimitris Siovas missing the friendlies, while Konstantinos Mavropanos the Arsenal defender, on loan at Stuttgart, could make an appearance.

In India, the game will telecast live on SONY TEN 2 and SONY TEN 3. The Belgium vs Greece live stream will be available on SonyLIV. Live scores and updates can be accessed on the Twitter handles of both teams. The game kicks off at 12:30 AM IST on Friday, June 4.