Cristiano Ronaldo may have landed himself in trouble for celebrating his girlfriend Georgina Rodriguez's birthday at a ski resort amid the travel ban in Italy.

Five-time Ballon d'Or winner Cristiano Ronaldo is reportedly 'under investigation' for defying COVID-19 regulations in Italy after he took his girlfriend Georgina Rodriguez to a luxury ski resort to celebrate her 27th birthday. Ronaldo was rested for Juventus' Coppa Italia game against SPAL on Wednesday and took Georgina as well as his kids to a resort in Courmayeur, 93 miles from Turin to celebrate. However, the 35-year-old might end up in trouble for planning the two-day trip, with Ronaldo and Georgina now accused of breaching the COVID-19 regulations in Italy.

According to reports from the Daily Mail, Cristiano Ronaldo might have landed himself in hot water as he appeared to break Italy’s current COVID-19 rules by taking Georgina Rodriguez on a birthday trip to a ski resort. It is believed that Ronaldo and Georgina made the trip to Courmayeur, crossing the borders between Piedmont and Valle D'Aosta amid the travel restrictions in the country. Italian news outlet Corriere dello Sport has suggested that Ronaldo and Georgina stayed in a hotel that would have been officially closed for their two-day trip, and will have broken COVID-19 rules by travelling between the cities to do so.

The Wednesday of Cristiano Ronaldo:

- having day off while Juventus play Coppa Italia

- breaking covid restrictions of an area that wasn’t accessible

- staying in hotel that was supposed to be shut

- posting video from there

The Juventus superstar also took his kids along for the trip and Georgina uploaded a few images of the celebrations on social media. Ronaldo, who only recently recovered from COVID-19, also posted a picture of himself with Georgina along with the backdrop of the beautiful scenery. The Portuguese icon deleted the post a few hours later. Reports claim that Ronaldo gave away his location with the post and it has now led to an investigation over whether Ronaldo and Georgina have breached the travel regulations in Italy. 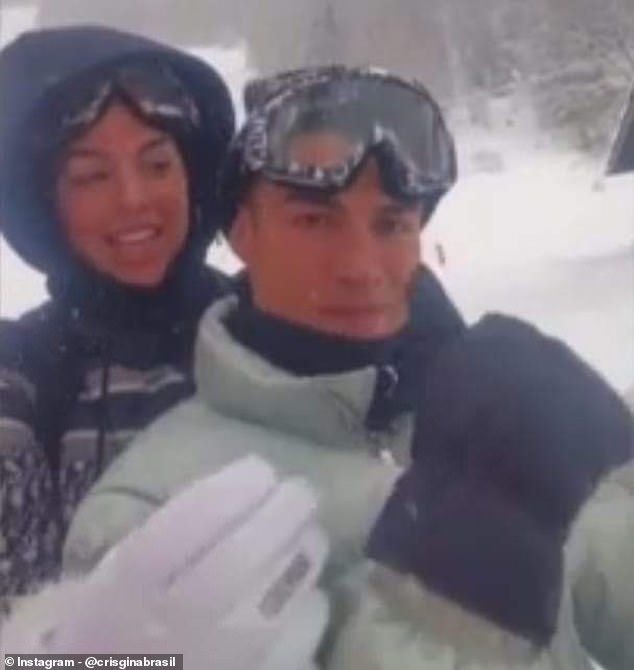 Italian rules regarding COVID-19 protocols state that: "Travel across regions in Italy is banned until 15 February unless for reasons of work, health or absolute necessity." So far, the couple hasn't been fined for breaching the COVID-19 rules but officials are reportedly conducting an investigation into the matter.

Ronaldo and Georgina have been together since 2015. Last September, speculations of the duo getting engaged had done the rounds after Georgina posed with a sparkling ring on her finger.

ALSO READ: New Chelsea Manager Thomas Tuchel Vows To Create A Team Nobody Would Want To Play Against