Tottenham Hotspur star Dele Alli's girlfriend Ruby Mae has thanked her well-wishers after the robbery at the midfielder's home, describing it horrible.

Tottenham Hotspur star Dele Alli's girlfriend Ruby Mae has thanked her well-wishers after the robbery at the midfielder's home, describing it as a 'horror of an experience.' Dele Alli was playing pool along with his girlfriend and friends when two thieves robbed valuable belongings from his house at knife-point, while also injuring the England international. 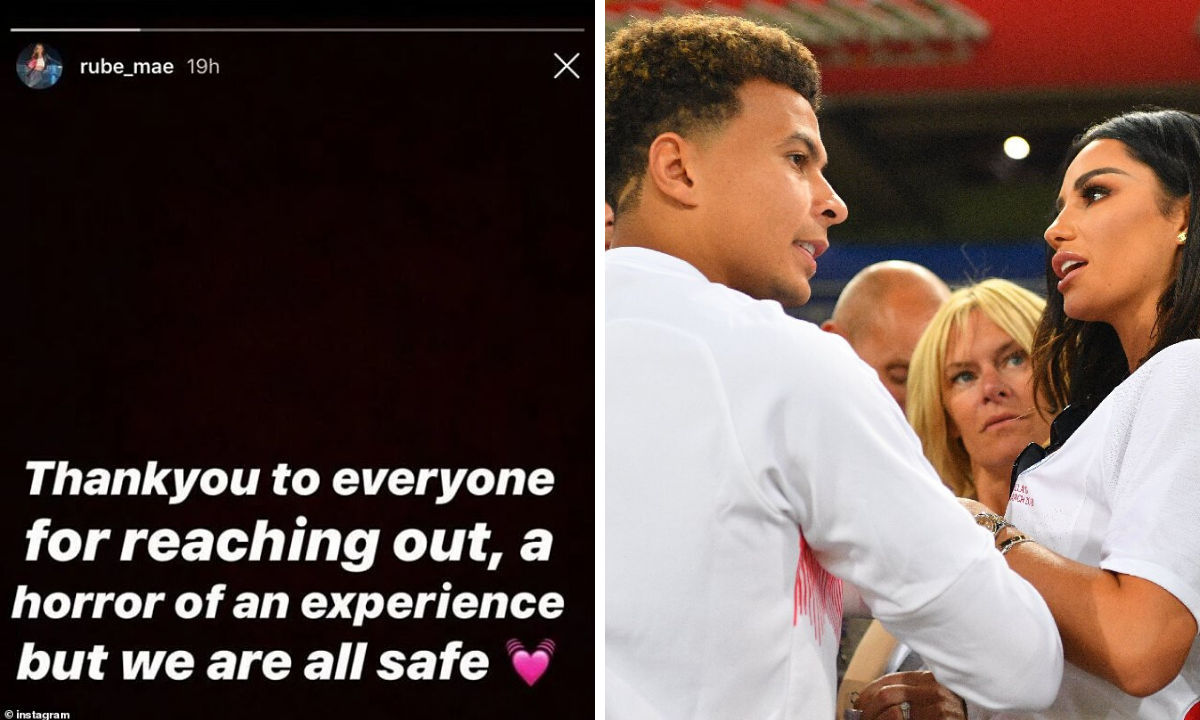 Dele Alli's girlfriend Ruby Mae took to Instagram to express her gratitude towards their well-wishers after the attack. She described the attack as a 'horror of an experience', further emphasising that she was okay. Meanwhile, Alli drove to the Tottenham training facility at Enfield.

Proud to be supporting @magic_breakfast and doing all I can do to help them during these difficult times. They’re currently still trying to provide food for 48,000 children across the country at risk of going hungry. Please head to https://t.co/C9YjMz4U5k to find out more. pic.twitter.com/wNfP8BatKH

According to a report from The Sun, Dele Alli was downstairs playing pool with his friends and his long-term partner Ruby Mae when the robbers entered his home. It is reported that one of the thieves even punched Alli on his face, while one of his friends was beaten up for trying to counter the thieves. A day after the incident, Alli took to Twitter to speak on the matter. He appreciated his fans' gesture towards him after the incident came to limelight, while also revealing that he and his friends were fine.

Dele Alli robbery: Harry Kane opens up on the incident

Thank you for all the messages. Horrible experience but we’re all okay now. Appreciate the support.

It is reported that the thieves took away three valuable watches that were owned by Dele Alli which approximately cost £350,000 ($427,000). Jewellery was also stolen by the thieves from his £2 million-priced ($2.4 million) home, besides the three watches. Recently, Alli's Spurs and England teammate Harry Kane, while speaking on Good Morning Britain, shed light on the issue. He revealed that Dele Alli and his family were okay, but were shocked and angry regarding the Dele Alli robbery incident.

Talks are in an advanced stage for an early Premier League return. Premier League players are set to return to training soon this month after almost two months of self-isolation due to the coronavirus outbreak in the UK. Meanwhile, reports suggest that the games will be played behind closed doors beginning from June 12.