Indian footballer of the century and arguably one of greatest ever on Indian soil Pradeep Kumar Banerjee has suffered multiple disorders and has been admitted in Medica Superspecialty Hospital in Kolkata. Former India captain and FIFA order of Merit player had suffered from electrolyte imbalance, urinary problem, Parkinson’s Disease, and Dementia. 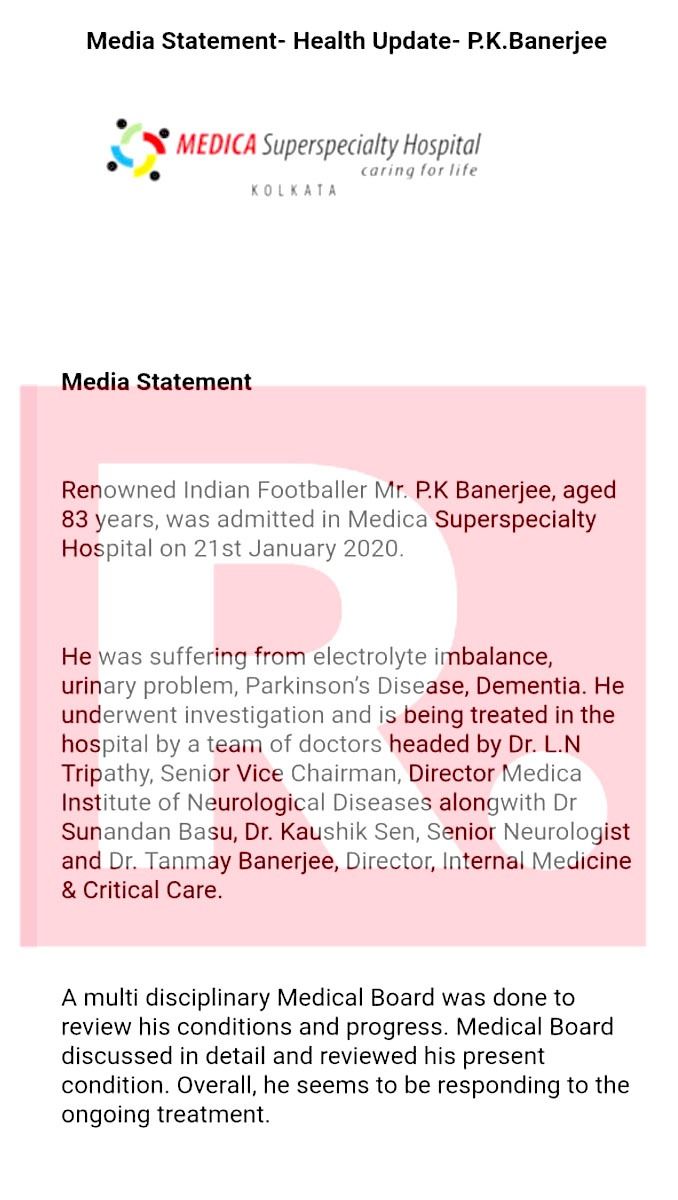 Banerjee underwent investigation and is being treated in the hospital by a team of doctors headed by Dr. LN Tripathy, Senior Vice Chairman, Director Medica Institute of Neurological Diseases along with Dr. Sunandan Basu, Dr. Kaushik Sen, Senior Neurologist, and Dr. Tanmay Banerjee, Director, Internal Medicine & Critical Care. A multidisciplinary Medical Board was done to review his conditions and progress and he seems to be responding to the ongoing treatment.

The legendary striker had made 84 appearances for India, scoring 65 goals during the course of his career. He was one of the first recipients of the Arjuna Award when the awards were instituted in 1961. He was awarded the prestigious Padma Shri in 1990 and was named Indian Footballer of the 20th century by IFFHS. In 2004, he was awarded the FIFA Order of Merit, the highest honor awarded by FIFA.