LEP vs MOB Dream11: League leaders RB Leipzig take on third-place Borussia Monchengladbach in Matchday 20 of the Bundesliga on Saturday at the Red Bull Arena.

RB Leipzig take on Borussia Monchengladbach in Matchday 20 of the Bundesliga on Saturday. The game is set to be played at the Red Bull Arena, Leipzig. The game commences at 11:00 PM IST.

We've got an unbeaten #Bundesliga record against @borussia_en 💪

Even more motivation to get back to winning ways tomorrow 👊

It’s been a brilliant season for RB Leipzig so far. The Red Bull-owned side are on top of the Bundesliga table with 40 points from their 19 games. A 13-game unbeaten run ended when Leipzig lost to Frankfurt. They would hope to get back to winning ways with Bayern sniffing around to take the top spot. Gladbach have defied expectations this season and find themselves at third, two points off Leipzig. A win against Leipzig could take Gladbach to the top spot if other results go in their favour.

Also Read: Inter Milan Player Who Signed In 2014 Has Never Played But Got SENT OFF For Dissing Ref

Timo Werner has scored 20 goals in the Bundesliga this season and he should be one of the first Dream11 picks. Nkunku and Plea lead their respective teams’ assists charts so they are good Dream11 options. Marcus Thuram and Breel Embolo have also been a constant threat to opposing defences. 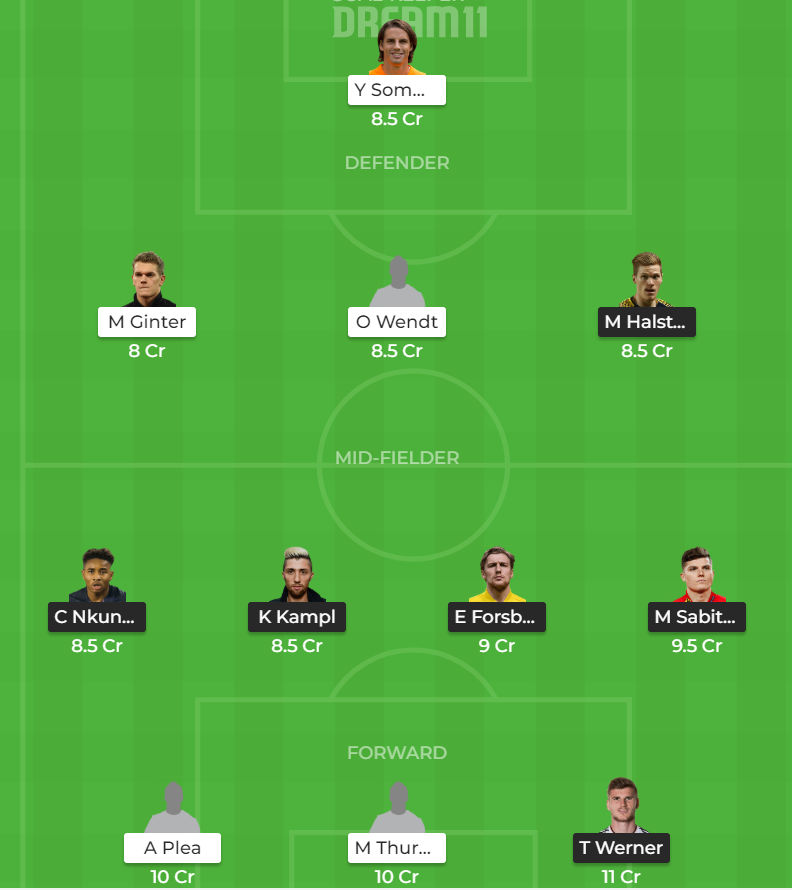