Barcelona star Lionel Messi has hit out at the club's sporting director Eric Abidal for his recent comments on Xavi and former manager Ernesto Valverde. Abidal was extremely critical of the two in a recent interview with Catalan daily Sport. 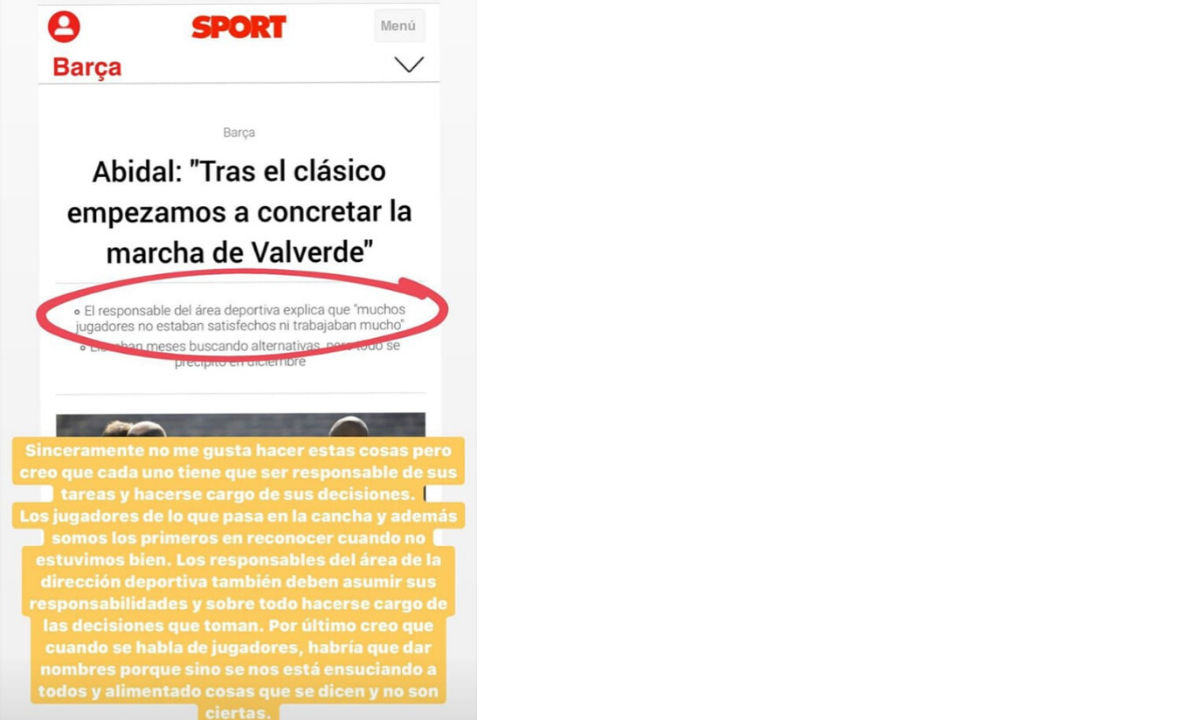 Eric Abidal had claimed that some players were not doing enough on the field, while also being critical of the tactics under Ernesto Valverde. Barcelona captain Lionel Messi could not hide his anguish over these comments and took to Instagram to comment his views on the matter. Messi lashed out at Abidal stating that everyone should be responsible for their own job and should take responsibility for their own decisions. Messi also asked Abidal to mention the names of the players who contribute less on the field.

There was a situation of volatility at Barcelona since their defeat against Atletico Madrid in the semi-final of Spanish Super Cup in December last year. Ernesto Valverde was sacked by the club after the humiliating exit from the competition, becoming the first manager to be sacked mid-season in 17 years, since Louis van Gaal.

Valverde was subsequently replaced by Quique Setien, the former Real Betis manager to take charge of the club. However, former Barcelona midfielder Xavi was also in the contention for the top job at Camp Nou. Eric Abidal also slammed Xavi for revealing the details of the meeting between the two in January.

Eric Abidal was critical of Ernesto Valverde and Xavi

Abidal clarified that there was no official offer to Xavi from the club and if there was any written proof, then Xavi should reveal it in the open. He also cited Xavi’s lack of experience as a manager to justify the club’s decision of preferring Setien over him. Abidal however, made it clear that Xavi would get an opportunity to manage the club in the coming years.