Paris Saint-Germain's on-loan (PSG) star Mauro Icardi’s wife Wanda Nara has sparked fresh transfer rumours after she posted a picture of her son in an Arsenal shirt. The Argentine striker is on a season-long loan with the Ligue 1 giants and is reportedly least interested in returning to his parent club Inter Milan at the end of the season.

Mauro Icardi to Arsenal? Talks of swap deal with Aubameyang 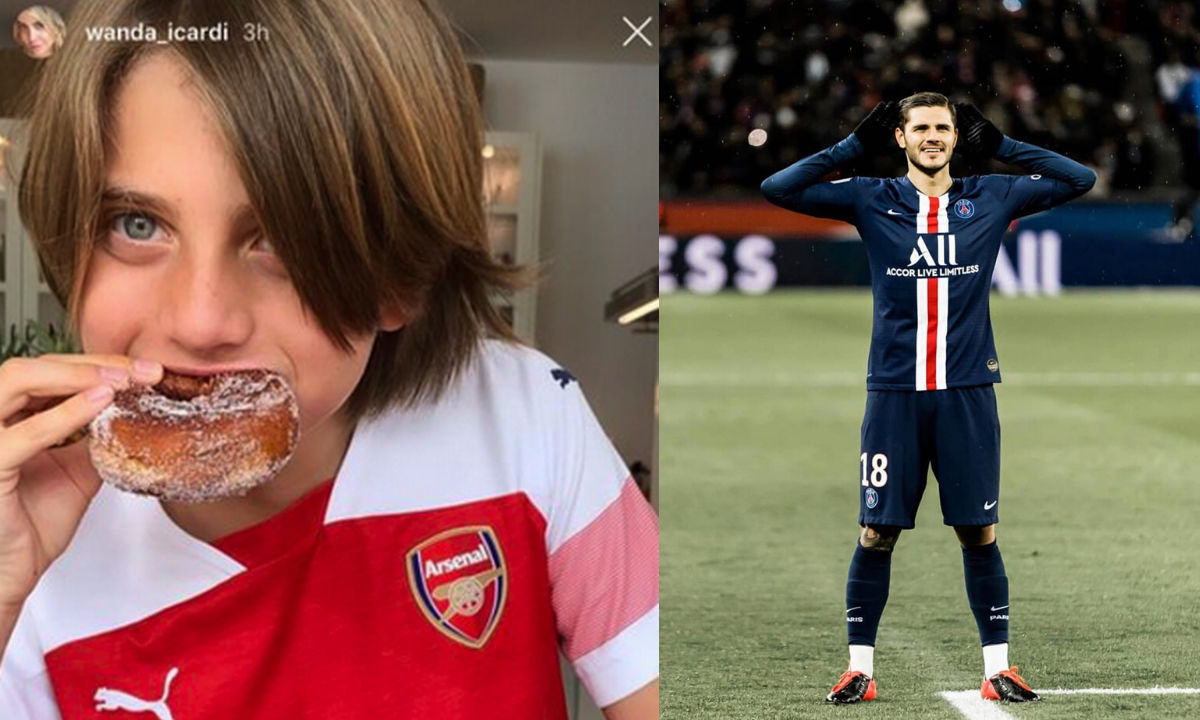 There have been reports suggesting that Mauro Icardi could be on his way to the Emirates to play under Mikel Arteta. Some reports also claim that the Argentina international could be involved in a swap deal involving Pierre-Emerick Aubameyang, with the Arsenal striker joining the San Siro outfit. The Gabon forward has entered the final year of his Arsenal contract with the Premier League giants reportedly in talks with Inter Milan.

Mauro Icardi’s wife Wanda Nara has fueled further speculation with an image, in which her son is seen wearing an Arsenal shirt. The fact that she acts as an agent for her husband has further fuelled the Mauro Icardi transfer to Arsenal rumours. Meanwhile, the player’s chances of returning to San Siro look bleak.

Mauro Icardi joined PSG on loan at the start of the season after a tumultuous time at Milan. The striker displayed exceptional brilliance on the field since moving to Ligue 1 on loan, having scored 20 goals along with four assists for the Parisians. He went on to secure a spot in Thomas Tuchel's starting lineup, ahead of the likes of Edinson Cavani and looked set to secure a permanent stay at the club before rumours of an exit began doing the rounds.