Sergio Ramos Opens Up On His Relationship With Lionel Messi: 'Arouses A Lot Of Curiosity'

Speaking about the relationship with Lionel Messi, Sergio Ramos in his statement said that there is nothing but respect between him and the Argentine superstar. 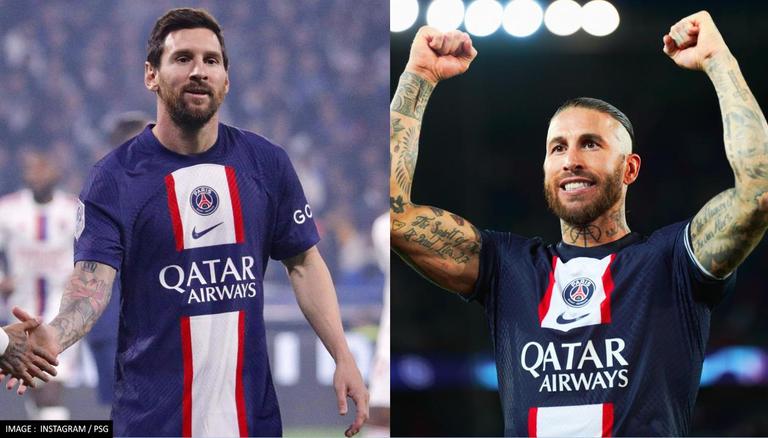 
Sergio Ramos and Lionel Messi were the fiercest rivals when they played for Real Madrid and Barcelona in La Liga. Both Messi and Ramos were always at each other's throats during El Clasico matches but now, the fiercest rivals are teammates at PSG. The former Real Madrid centre-back, while speaking about Messi in an interview, stated that they both want to win silverware with current club Paris Saint-Germain.

Speaking about the relationship with Argentine superstar Lionel Messi, Sergio Ramos in his statement has said that there is nothing but respect between him and the Argentine superstar. According to  Canal Supporters report, Ramos while speaking to reports said, “It's something that arouses a lot of curiosity. But we have the same objective: to win with PSG. We want to make the team better, with our experience and good performances. My relationship with Messi is excellent. You can see it on the field. There is great respect between the players and a good state of mind."

The Spanish defender did not have a great debut season for PSG as he had an injury-plagued season resulting in him featuring in just 13 games across all competitions. This season has been far better though, as he has managed to get regular game time after staying injury-free so far.

Speaking about his debut season, Ramos said, “Last year was difficult. I was injured, I had to adapt after spending almost my entire career at Real Madrid. At no time did I think it was the end of my career. It was a challenge. The past year is forgotten."

The defender further spoke about being happy in Paris and also insisted he is hungry for titles. He was also confident of being able to play for a few more years. He said, "There have been changes and I'm happy, I'm totally adapted to Paris and I'm hungry for titles. If I think it's over, I'll stay home to take care of my children. But I think I can last a few more years at the best level in football."