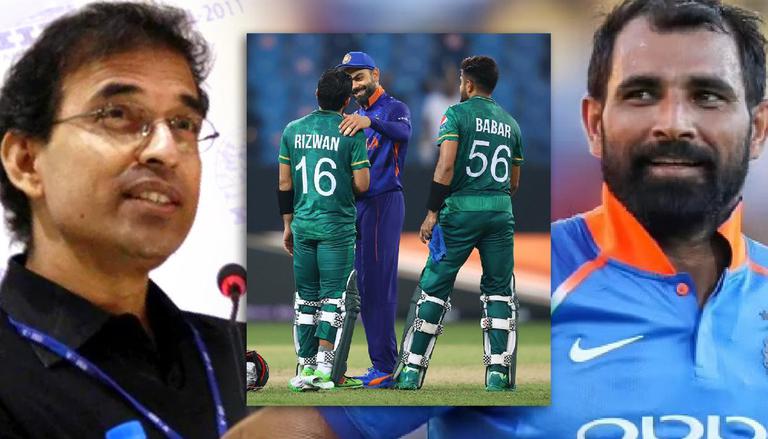 Team India speedster Mohammad Shami had to face vicious online abuse and hate after Pakistan defeated India on Sunday in the Super 12 stage of the T20 World Cup match at Dubai International Stadium. After India suffered their first-ever defeat to Pakistan in a World Cup match, angry fans attacked Mohammed Shami on Instagram and started abusing him.

Following the online hate, eminent personalities from various fields came together in support of the 31-year-old speedster and slammed the netizens for their slanderous comments.

Commentator Harsha Bhogle has penned down a strong statement for the people involved in abusing and spreading hate against Mohammed Shami. Harsha Bhogle took to his Twitter handle and stated, "Those who are talking non-sense about Mohammed Shami, I request you to not watch cricket and you all will not be missed as well."

We are so proud of you @MdShami11 bhaiya 🇮🇳

Babar Azam & co. defeated Virat Kohli's side by 10 wickets in their Super 12 clash of the T20 World Cup on Sunday. Pakistan restricted India to 151/7 after electing to field in the T20 showpiece's blockbuster game. Pakistan then made light work of the target of 152, completing the win with 13 balls to spare.

Skipper Babar Azam stroked his way to 68 while his opening partner, Mohammad Rizwan, smashed 79 as the Indian bowlers struggled to contain the two batters. Earlier, captain Virat Kohli led from the front with a half-century as India recovered from a disastrous start to post a challenging total. Besides Kohli's 49-ball 57, Rishabh Pant made 39 off 30 deliveries.

With the ball, Mohammed Shami gave away 43 runs in 3.5 overs. Apart from Shami, other bowlers too seemed ineffective as the dew factor crept in, which was not the case when Pakistan was bowling. Lanky left-arm pacer Shaheen Shah Afridi (3/31 in 4 overs) did the damage with the ball, and was adjudged the Player of the Match as he helped Pakistan restrict the mighty Indian batting line-up.

WE RECOMMEND
T20 World Cup: How have Indian pacers from WC squad performed in IPL 2021
Irfan Pathan stands up for Mohammed Shami amid T20 World Cup abuse; 'this needs to stop'
IPL 2021: Hardik Pandya thankful to Mohammed Shami for body blow that 'woke him up'
Brett Lee picks 2 Indian stars to top the batting & bowling charts in T20 World Cup
CSK vs KKR: Congratulatory wishes pour in as Chennai Super Kings win IPL Final 2021
Listen to the latest songs, only on JioSaavn.com