Reebok has recently revealed Conor McGregor's official walkout jersey for UFC 246. Take a look at the jersey and know where and how can you buy it. Know more.

Conor McGregor, the Ultimate Fighting Championship (UFC) pay-per-view King, is back into the mix and he is ready to go against Donald ‘Cowboy’ Cerrone in the main event of UFC 246 on January 18.  The entire MMA community got excited since the fight officially got announced and the UFC is doing everything they can to promote the mega event. After airing Conor McGregor’s promo at the National Football League (NFL) Wildcard playoffs on Saturday night, they have now released the official McGregor t-shirt which the Irishman is going to wear while entering the Octagon on his comeback.

Reebok has designed the official Conor McGregor merchandise for UFC 246 in which the former double champion can be seen in an animated presentation. The t-shirt is also available on the official website of UFC. You can purchase it for $60 (â‚¹4306.46) from the UFC store.Take a look at Conor McGregor’s walkout jersey. 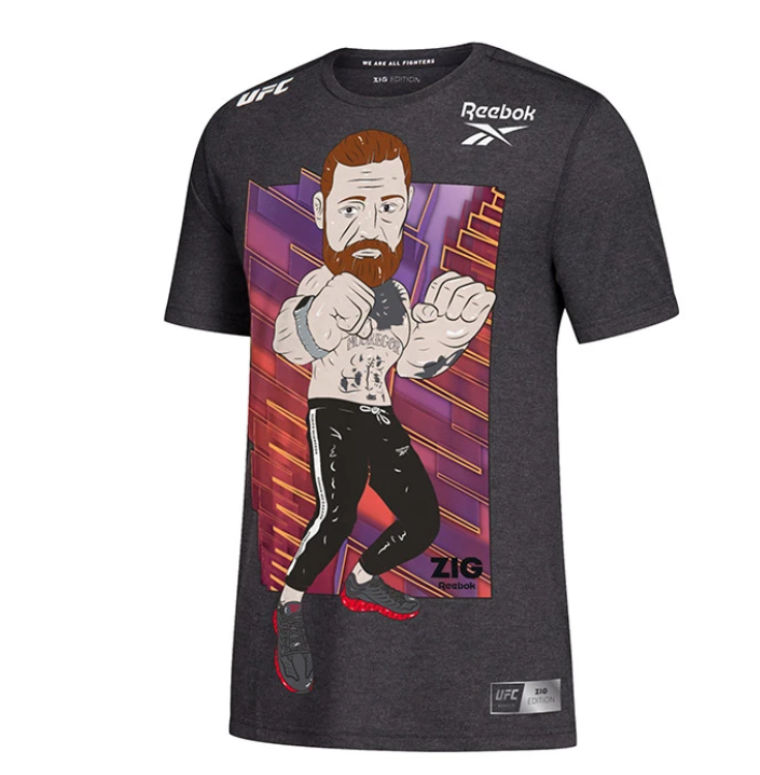 Conor McGregor, the former double champion of UFC, is confident about getting back into the winning track in his upcoming fight against the 'Cowboy' Donald Cerrone. However, McGregor acknowledges the fact that Cerrone is a dangerous man inside the Octagon. Despite getting knocked out in his last two fights, Donald Cerrone still holds the record of most UFC wins, most UFC knockouts and Conor McGregor has taken a note of that. However, after facing Donald Cerrone, the former lightweight champion of UFC wants to take a turn towards the 155 lbs division again. See what Conor McGregor has to say about his upcoming UFC plans post the January 18 fight.

PEOPLE HAVE PLEDGED SO FAR
LATEST NEWS
View all
7 hours ago
Why did chase elliott pit? nascar star missed out on first-place finish post late pit stop
11 hours ago
Khabib nurmagomedov picks the most emphatic beatdown of his ufc career
6 hours ago
Why did lance armstrong get divorced? reason for split with kristin richard
10 hours ago
Dc reveals khabib nurmagomedov is training hard despite ramadan and father's illness
6 hours ago
The match becomes most-watched golf match in us cable history, clocks 5.8 million viewers