Deontay Wilder Once Again Accuses Tyson Fury, Says “he Flat Out Cheated” In Their Feb Bout

Deontay Wilder claimed that Tyson Fury's fingernails somehow penetrated his doctored gloves which allowed him to scratch Wilder's ear, causing it to bleed. 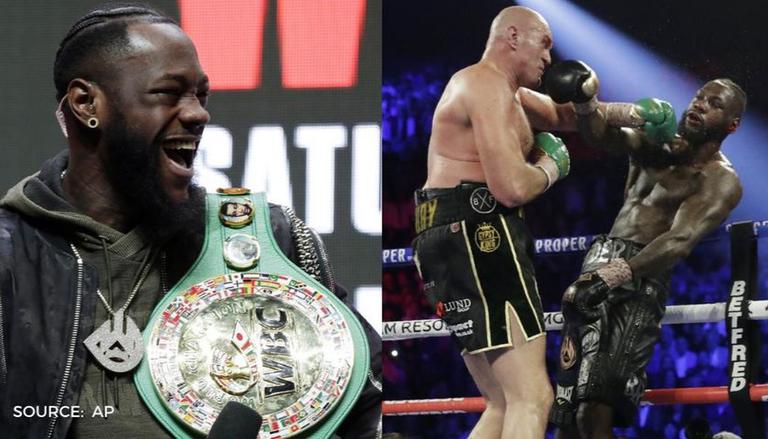 Since his loss to Tyson Fury in February 2020, Deontay Wilder has accused the WBC champion of cheating on multiple occasions. This week he added yet another bizarre excuse for his defeat. While talking to Brian Custer on The Last Stand Podcast, Deontay Wilder claimed that Fury's fingernails somehow penetrated his doctored gloves which allowed him to scratch Wilder's ear, causing it to bleed.

"I haven't yet heard valid proof of how gloves flap all the way back, why your hands were in the middle of the glove, why did my ear have scratches deep inside my ear? Because of your [Fury's] nails," he added.

Deontay Wilder’s recent comments are a follow-up of the claims he made in his viral Instagram video. In the 2-minute-long video, The Bronze Bomber claimed that The Gypsy King had a hard object concealed within his gloves, because of which he was able to inflict some serious damage on him. He also accused Fury’s teammate, Ricky Hatton, of pulling down Fury’s gloves “to put your hand in the improper position”.

In the past few months, Deontay Wilder has given numerous excuses for his loss. He even accused his former trainer Mark Breland of spiking his water with muscle relaxants. Because of this, Deontay Wilder has been receiving a lot of criticism from fans and fighters alike. A few days ago, boxing legend Mike Tyson asked Deontay Wilder to stop wallowing in self-pity. He claimed The Bronze Bomber should chase his lost WBC heavyweight title and fight Tyson Fury whenever he gets the chance.

A few weeks ago, Tyson Fury sat down with talkSPORT where he reacted to Deontay Wilder’s claims. While Fury has stated that The Bronze Bomber has “lost his marbles,” he asked his arch-rival to accept the truth and move on. Tyson Fury and Deontay Wilder were scheduled to collide in a trilogy bout, but the match was scrapped after the former champion failed to sign the contract. Tyson Fury is now set to defend his title against Agit Kabayel on December 5 at the Royal Albert Hall.