Despite being called out by Conor McGregor, Justin Gaethje's manager claimed that 'The Highlight' will face Khabib Nurmagomedov for the lightweight title next.

Also Read | Conor McGregor Confirms He Will Return To The Octagon In July, Teases Upcoming Contest

Justin Gaethje's manager Ali Abdelaziz on Conor McGregor calling to fight Justin: "He had his chance for that, and he picked Cowboy [in January]. He picked the easier fight. The two kings of the division are going to fight in Khabib and Justin. Conor can be the co-main event." 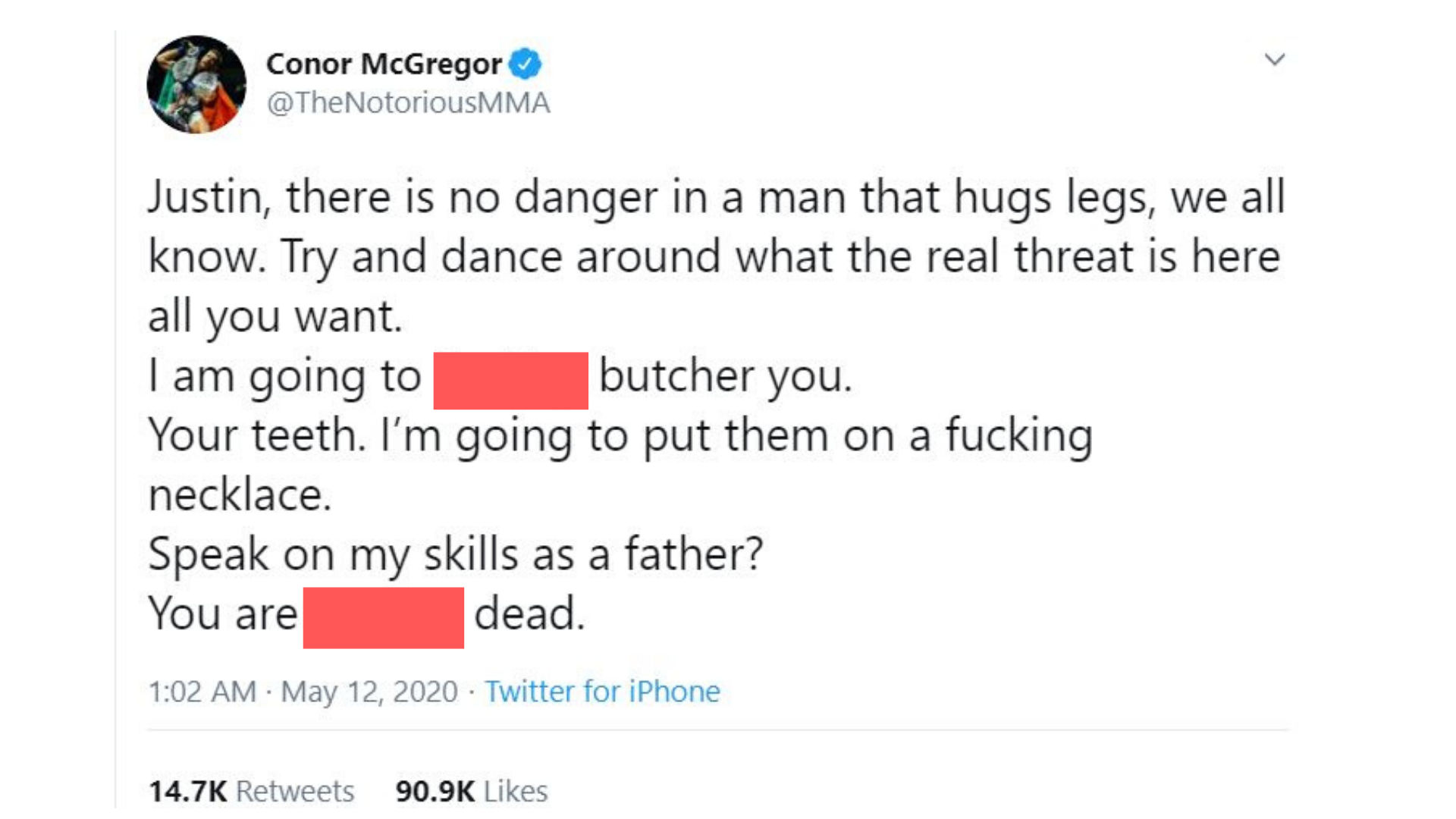 The former UFC double champion also slammed Khabib Nurmagomedov with one of his latest tweets. While Khabib fans trolled McGregor in the comments section, numerous Irish fans showed their support towards Conor McGregor. Here’s a look at the tweet.

Khabib you absolute embarrassment. Scurrying, hiding rat as usual. As I have said many times. As has been seen many times. Through the pane of glass it was confirmed what was always known.
“No comment” lol.
An embarrassment to real fighting.