Mariah Carey has hit out at the NFL's social justice campaign by sarcastically calling the Super Bowl Sunday as 'Colin Kaepernick Appreciation Day'. 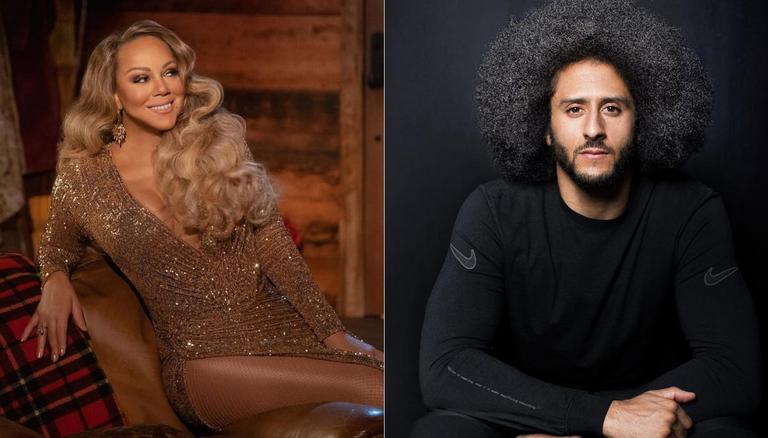 American singer-songwriter Mariah Carey threw some shade at the NFL on Super Bowl Sunday, tweeting her appreciation for former quarterback Colin Kaepernick. The former San Francisco 49ers star last played in the league in 2016, when he kneeled during the pre-game national anthem in protest of police brutality and racial injustice. The NFL announced its plan to take on systemic racism in June, and have now committed a whopping $250 million to fight it.

The NFL has committed $250 million to end systematic racism over a period of 10 years, the league announced during the Super Bowl. The initiative called "Inspire Change" is aimed as a long-term project, and there is no end date in sight for how long the NFL will work on social justice causes. The campaign also aired during the Super Bowl, which included footage of the ongoing nationwide protests against police brutality and racial inequality in the US, alongside photographs of players wearing the names of victims of police brutality on their helmets and kneeling on the field.

While our season is ending, our fight for equity is not.

It takes all of us to create change and advance social justice.

However, as soon as the video was released, fans could sense the hypocrisy by the NFL and Colin Kaepernick was soon trending on Twitter. The former 49ers quarterback was 'blackballed' by the NFL after he protested in 2016 by taking the knee during the national anthem. Carey, who has long been a supporter of Colin Kaepernick, took to Twitter and said, "Happy Colin Kaepernick Appreciation Day" just moments after the NFL aired their Super Bowl 2021 commercial.

Carey was not the only one calling out the NFL, with a host of netizens pointing out NFL's hypocrisy. Many fans called out the league, which has only three black coaches and no majority owners. Fans further stressed that the league owed an apology to Kaepernick after his protest fell on flat ears in 2016. A source close to the Inspire Change initiative told NFL.com that commissioner Roger Goodell and franchise owners wanted to make it clear that the league's commitment to social justice work was for the long term. The source also mentioned that the initiative would be open to collaborating with Kaepernick in the future, and said that the former 49ers star was a huge part in the NFL getting to this decision.