UFC superstar Nate Diaz aka 'The Stockton Slugger' took to Twitter and slammed all UFC fighters indulging in the war of words on Twitter.

While a section of combat sports returned to action in Jacksonville, Florida last weekend in the form of UFC 249, UFC stars that did not feature in the fight card took to Twitter to indulge in some action of their own. UFC superstar Conor McGregor took to Twitter and posted a number of tweets in which he went on to slam numerous UFC fighters including his former foes Dustin Poirier and lightweight champion Khabib Nurmagomedov. However, both Poirier and Khabib responded and thrashed Conor McGregor by mentioning his paltry number of wins in the lightweight division. Meanwhile, another one of Conor McGregor’s rivals Nate Diaz brought himself into the mix as he went on to label the other fighters, 'fake’.

You gurls are on the same team 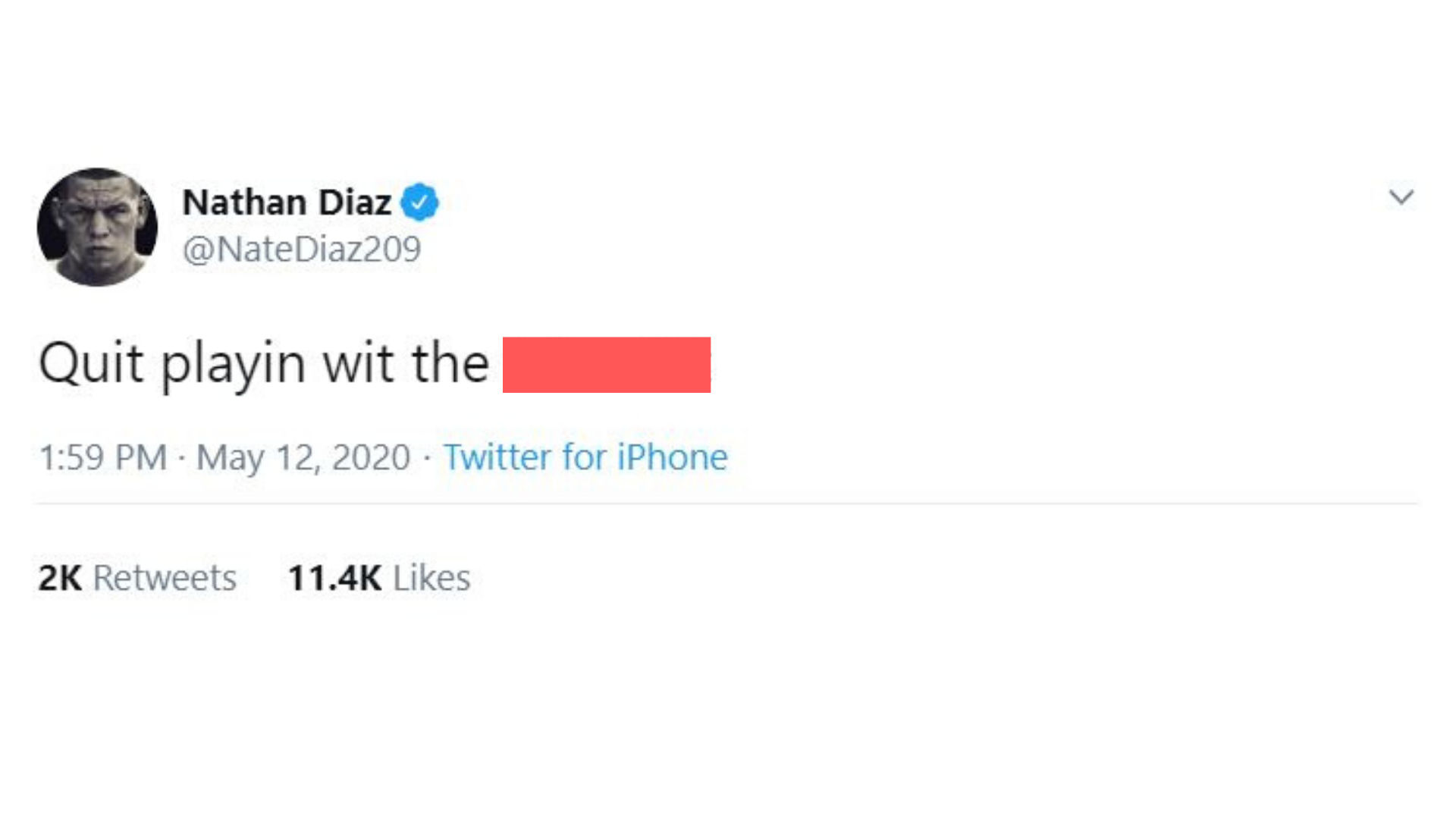 While Dustin Poirier, Conor McGregor, and Khabib Nurmagomedov were busy trashing each other on Twitter, Nate Diaz also jumped into the Twitter exchange. Nate Diaz posted two tweets where he claimed, “You gurls are on the same team” before labelling all of them as ‘fake’. However, Nate Diaz is yet to draw a response on his tweet, since ‘The Stockton Slugger’ did not take names in his tweet.

Nate Diaz has been out of UFC action since his BMF title loss against Jorge Masvidal at UFC 244, and UFC officials have stated that they are not expecting to see Nate Diaz fight again in the near future. However, after UFC 246 Conor McGregor and Nate Diaz went on to hint at a trilogy fight.

Also Read | Conor McGregor Confirms He Will Return To The Octagon In July, Teases Upcoming Contest

PEOPLE HAVE PLEDGED SO FAR
LATEST NEWS
View all
7 hours ago
Michael Jordan, Tiger Woods dominate Forbes' highest-paid athletes list from 1990 onwards
12 hours ago
Israel Adesanya claims 'If I had a choice I’d still be black” during George Floyd protest
10 hours ago
Cristiano Ronaldo, Hardik Pandya, Neymar and other athletes flaunt their expensive blings
8 hours ago
Colin Kaepernick NFL career ended because 'he was bad for business': Joe Lockhart
14 hours ago
Tiger Woods 'shocked' with George Floyd's death which 'clearly crossed the line'