Nick Kyrgios' love life came into limelight after he was rumoured to be dating Anna Kalinskaya when two were spotted together at a basketball game in LA.

Earlier in March this year, Australian tennis star Nick Kyrgios' love life came into limelight after he was rumoured to be dating Anna Kalinskaya. The two were spotted together at a basketball game at the Staples Center in Los Angeles and later on, it confirmed that both the tennis stars were seeing each other. However, recently, the couple split after just two months of being together.

Rumours of their relationships surfaced in September 2019 when Kyrgios shared an image of the 21-year old on Instagram along with the caption: “My face when I see you doing your thing today.” The Australian was then spotted cheering for Kalinskaya at the 2019 Citi Open in Washington, USA. 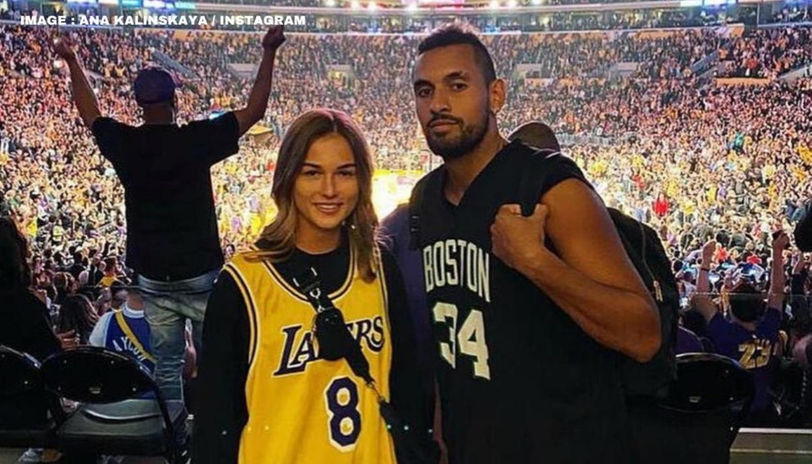 According to Essentiallysports, during an interaction with the fans, Anna Kalinskaya was asked about her relationship with Kyrgios. The Russian tennis player downplayed the question by replying with a straight 'no' and mentioning her break with Nick Kyrgios. She even asked tennis fans to show some respect for her.

Anna Kalinskaya said that the couple broke up and are no longer friends either. While replying to a fan, she further said that she is not going to talk about him and she has some respect for herself.

This is not the first time that Nick Kyrgios has broken up with a female tennis star. The list of Nick Kyrgios girlfriends include Ajla Tomljanovic, who broke up with the Australian just two years after the couple started seeing each other in 2015. In 2016, the ex-couple confirmed their relationship after being were knocked out of the Australian Open mixed doubles competition, but after the relationship got into trouble, they decided to part ways back in 2017.

Nick Kyrgios had made a phenomenal start to the 2020 season by winning matches at ATP Cup and then reaching the fourth round of Australian Open. In February, the 25-year-old was hit by wrist injury due to which he retired from the opening round of the Acapulco Open in Mexico.