Federer and Nadal played an exhibition match in Cape Town to raise funds for the Roger Federer Foundation. The foundation ultimately raised $3.5 million.

Whenever Roger Federer and Rafael Nadal faced each other on the tennis court, fans have been treated to some amazing tennis by these two top-class players. Last week, both the players played an exhibition match in Cape Town to raise funds for the Roger Federer Foundation. The foundation raised a whopping $3.5 million with a world record attendance of more than 51,000 fans in the stadium. 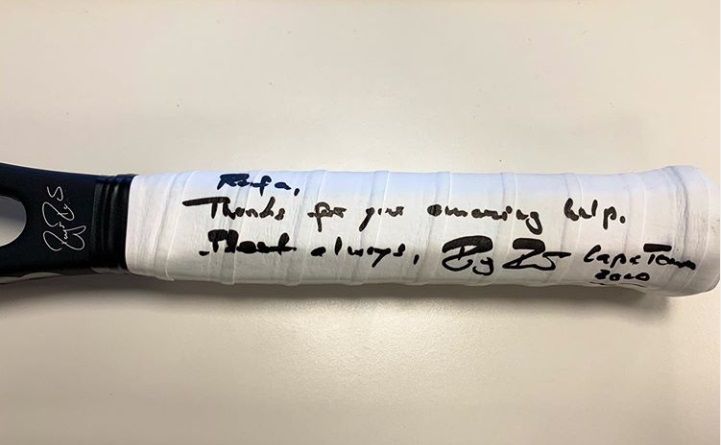 Both the players have previously played in the first Match in Africa which took place in Zurich in 2010. Alongside Federer and Nadal,  Bill Gates and Trevor Noah also shared the court in their doubles match this time, much to the delight of the crowd. In the end, Federer toppled Nadal 6-4, 3-6, 6-3 in an hour and 45 minutes. The Swiss champion also beat Nadal in the doubles game.

Roger Federer thanked Rafael Nadal enough for all the efforts by sending his friend and rival a specially signed racquet from the Match in Africa event. The racquet could be displayed at Rafael Nadal's Museum at his Academy in Mallorca, together with the Spaniard's most significant trophies and other memorabilia from his encounters against Federer.

The matchup between both these players was competitive with Roger Federer winning the first point with a high backhand volley, on his way to taking the opening set 6-4. Rafael Nadal broke back twice at the start of the second set and unleashed his big forehand winners, grunting loudly in the process to level at one-set-all.

Federer won with a dainty drop shot on match point. Nadal gave everything to get there and was going so fast he couldn’t stop in time and had to leap over the net. He ended up standing next to Federer and they hugged.

Also Read: Roger Federer Reveals Rafa Nadal Cried For Him After His Victory At 2009 French Open