Gabbi Tuft made the announcement by sharing a statement on social media, writing alongside a photo of herself that “this is me. Unashamed, unabashedly me”. 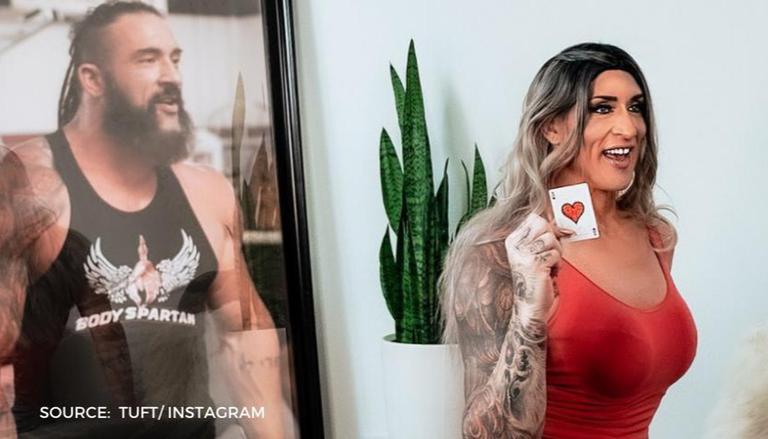 Former WWE superstar Gabbi Tuft — formerly known as Tyler Reks — has come out as transgender. The 42-year-old made the announcement by sharing a lengthy statement on her Instagram page, writing alongside a photo of herself: “This is me. Unashamed, unabashedly me”. Tuft claimed that she kept this ‘side of’ her in the shadows as she was afraid of what the world would think. However, now she’s “no longer afraid" and is no longer fearful. "I can now say with confidence that I love myself for WHO I am,” said Tuft.

Tuft on the darkest time of her life

Tuft, who’s also a former FCW Florida Heavyweight Champion, went on to open up about her journey, revealing that the last eight months have been the darkest of her entire life. She claimed that she went through a lot emotionally, but after she "stopped caring about what other people will think", she felt limitless. This also allowed her “authentic self to come into the light”.

In her statement, Gabbi Tuft also thanked her wife Priscilla, with whom she shares a 9-year-old daughter named Mia. While she’s happy that some of her close friends and family members accepted her for who she is, she made it clear that she doesn’t expect everyone to agree or understand her. “Just know that the outer shell may change, but the soul remains the same,” Tuft added.

Gabbi vows to be transparent and truthful

The 42-year-old concluded by saying that she’ll always be “transparent and truthful” to herself and will be the light to “those that are in need”. Gabbi Tuft later shared a teaser clip from her upcoming interview with Extra on Twitter. In the 30-second-long video, Tuft can be seen talking about her gender transition and how that has affected her relationship with wife Priscilla and other loved ones.

Within a few hours, the post went viral, getting around 5,000 likes and more than 1,000 comments on Instagram. While some called Tuft their hero, others asked the former WWE star to be true to herself going forward. “SO proud of you! May you be incredibly blessed in the journey of being truly YOU,” one wrote. “Very proud of you for having the courage to be the real you,” added another. “You're my hero. Nothing but love for you and respect you as a person,” commented a third.

Also Read l Undertaker teams up with Omaze to prank fans as he enjoys retirement: Watch