WWE legend The Godfather said that when he started smoking marijuana, he started seeing various changes in his body and it almost saved his life. 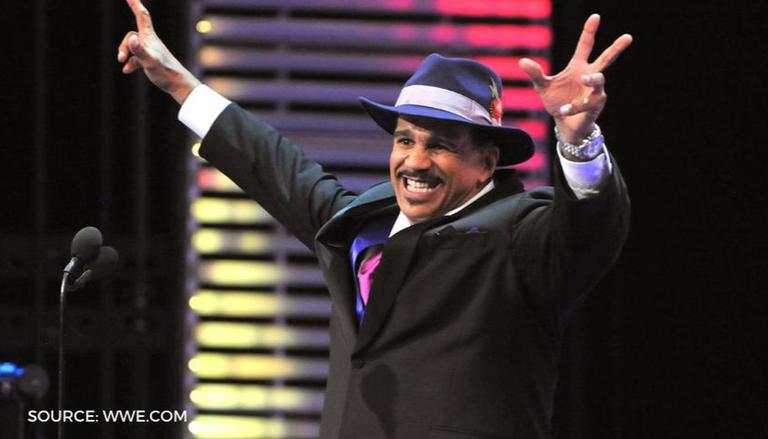 WWE Hall of Famer the Godfather - real name Charles Wright - recently appeared on the Battleground podcast where he revealed that marijuana saved his life and helped him recover from alcohol addiction. The 59-year-old joined WWE (then WWF) in the early 90s as Papa Shango before returning as Kama ‘The Supreme Fighting Machine’. He then transformed into The Godfather and still goes by that name among WWE fans.

During the Attitude Era, The Godfather joined the legendary Bone Street Krew, which also included legends like The Undertaker, Yokozuna and others. The Godfather revealed that while he was in the Bone Street Krew, he started consuming way too much alcohol and soon became an addict. He would also take a variety of medications, which used to have a negative impact on his body and harm his in-ring performance. However, he then started smoking marijuana and according to The Godfather, “it’s the best thing that ever happened” to him.

The Godfather said that when he started smoking marijuana, he started seeing various changes in his body. He said he earlier had back problems, but after smoking, his knee and back felt better. He said he also used to feel fresh and he always had a smile on his face. He continued by saying that it improved his in-ring performance and helped him get rid of his alcohol addiction. “I believe it saved my life to be trustworthy with you,” The Godfather claimed.

In 2016, The Godfather was inducted into the WWE Hall of Fame and later appeared on various WWE shows like WWE Swerved and others. Later that year, Wright reprised both his Godfather and Papa Shango personas on the House Hardy Halloween special which aired on the WWE Network. His last WWE TV appearance came on the RAW Reunion episode where he and other WWE legends like Stone Cold Steve Austin and Hulk Hogan celebrated the Attitude Era.