Rusev is one of the biggest superstars of WWE who holds a massive fan base. However, he might leave WWE in the near future. At least, that's what he has hinted.

Former United States Champion Rusev recently had a bad run in WWE. His ex-wife Lana went on to choose Bobby Lashley as a better man over him.

Lana stunned the Bulgarian Brute and the entire WWE universe by sharing some intimate moments with Bobby Lashley before marrying him. A lot of WWE fans believed that Rusev is going to bounce back in the near future with an interesting turn to the storyline. However, the Bulgarian Brute imposed another shocker for the WWE fans by teasing his departure from the promotion.

According to various verified reports, Lana signed a new five-year deal with WWE a few months back. His former husband Rusev is yet to do the same. Well, things seemed really bizarre when the former United States Champion (Rusev) changed his Twitter bio and stated, "Soon to be a free agent." Rusev’s recent Twitter bio has garnered a lot of attention and fans are going crazy. 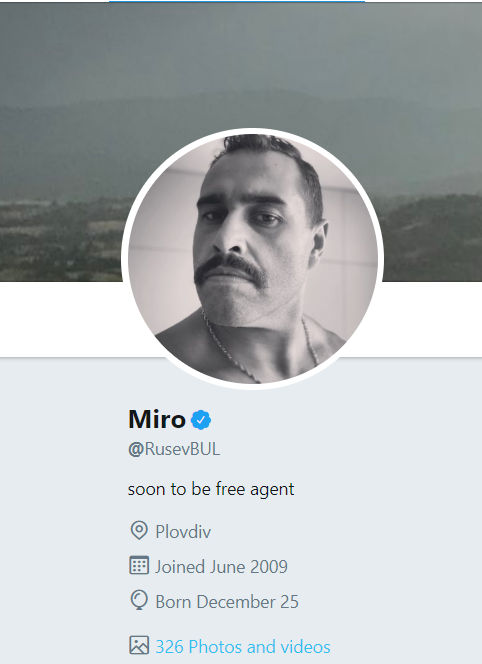 Well, this can be a golden opportunity for a lot of emerging pro wrestling organisations since Rusev holds massive star power and has a huge fan base. Numerous WWE Superstars like Chris Jericho, Jon Moxley (Dean Ambrose) and Jack Hager (Jack Swagger) have recently made a surprise move to the rival organisation All Elite Wrestling (AEW). According to fan speculations, Rusev will be the next WWE Superstar to do the same. However, neither WWE nor Rusev have announced anything officially from their sides. That said, Rusev’s official Twitter bio is enough to create a buzz among the entire wrestling community. Take a close look at some of the best moments of Rusev in his WWE career.