How to voice tweet on Twitter? has been one of the searched questions ever since the latest voice tweeting feature was introduced. Read to know how?

Twitter has rolled out an exciting new feature where users can now record audio snippets and attach them to the tweets. The new feature has been made live on iOS as of now with access given to only for 'a limited group of people'. Twitter's Maya Patterson and Rémy Bourgoin recently wrote an official blog post where they revealed the latest feature along with the idea behind it. The blog post reads that sometimes 280 characters are not enough and some conversational nuances get lost in translation. Thus, the latest feature of audio tweets has been introduced by Twitter in order to give the platform a deeper 'human touch'. 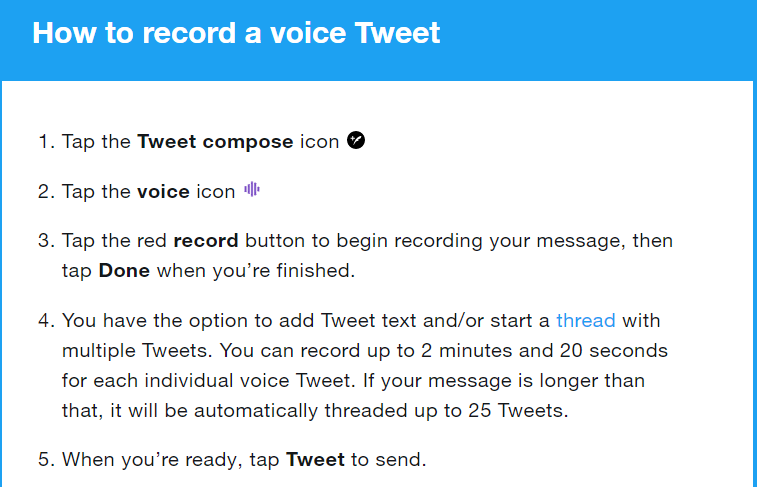 As of now, only a select few members have been given the option to post audio tweets. If given access, users can find a new waveform icon beside the camera icon when composing a tweet. Tap on the waveform option and a red record button will appear at the bottom of the screen. Tap the red record button and start recording the message. Each voice tweet captures up to only 140 seconds of audio. Once the 140 seconds are done, users can still continue to talk and tweets will automatically start creating a thread. check out the visual explainer of how to post audio tweets below -

Rolling out today on iOS, you can now record and Tweet with audio. pic.twitter.com/jezRmh1dkD

According to the official Help page on Twitter, audio tweets can only be added to original tweets, this means that users won't be able to reply or retweet using the latest feature. Another minor setback which for some may be that the static image of one's Twitter profile photo will be attached to the audio tweet, this static image won't change even if the end-user has changed their profile picture. Users can easily play audio tweets by hitting the play button.

On the other hand, iOS users will get a dock that appeared at the bottom of the app so users can easily listen to audio tweets while also scrolling through their respective feeds. The audio tweets are also expected to play in the background once the user switches to another application.

Also read: Twitter introduces ‘Fleets’ in India, check how to use the latest feature