Is Telegram A Chinese App? Know About Its Origin Country And Other Details

Is Telegram a Chinese app? Here is everything you need to know about whether the Telegram app originated from China or not and who is the founder.

The Telegram app is now amongst the most loved social media apps by the users worldwide. The success of the social media messenger app can be attributed to the strong privacy policy that it has which helps users to connect with people without the fear of any third-party intervention.

The Telegram app has become an essential medium to connect with friends and share files such as photos, videos, documents, and more. It has grown to be a go-to app for many people as it enables users to chat without any SMS limits using the internet.

Apart from that, users can also make voice and video calls easily without any problems. However, recently, the app has been facing a lot of backlash as many people have started thinking that it has originated from China. There are also several rumours that are calling the Telegram's origin country India. If you are wonder about the Telegram origin country and are asking, 'is Telegram a Chinese app', here is all you need.

Is Telegram a Chinese app?

Telegram is developed by a Germany-based tech company called Durov Software Industry. The company is founded by two brothers Nikolai Durov and Pavel Durov where Pavel Durov is the CEO of the organisation. However, it was first started in Russia and it was later moved to Berlin in Germany.

The company came into existence in the year 2013 and the seven-year-old company currently has 300 million active users and 400 million monthly users of its app around the globe.

Also Read | Is Xender a Chinese app? What are the alternatives of Xender? Know details 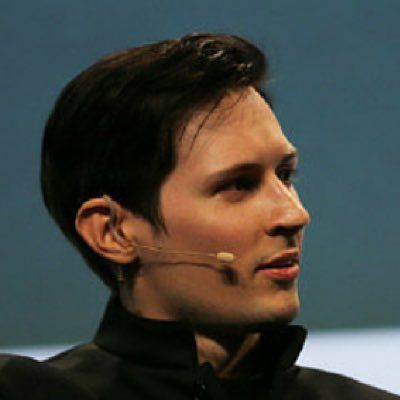 The Durov brothers are also behind in the creation of VK social media site which is amongst the top social media hubs in Russia. However, Telegram is not connected to the VK app in any manner. Currently, the CEO of the VK social portal is Andrey Rogozov.

Due to the end-to-end encryption policy of Telegram which does not allow any third party to peep into someone's chats, the app has been banned in several countries such as Iran, where Telegram is the most famous. Ironically, the app is also banned in China due to some DDoS attack that happened in 2015. The Telegram origin country is not China or India but it is Germany.

We support free speech and peaceful protest, but terrorist propaganda has no place on our platform. The success of our ongoing anti-ISIS efforts proves that you don’t have to sacrifice privacy for security. You can – and should – enjoy both. https://t.co/UHJUZnoBr1