MeWe Vs Parler: What Is MeWe? Who Owns It? Know All Details Here

MeWe vs Parler has been making a lot of news as Facebook and Twitter user shift to other platforms in the name of free-speech and privacy. Know all about MeWe. 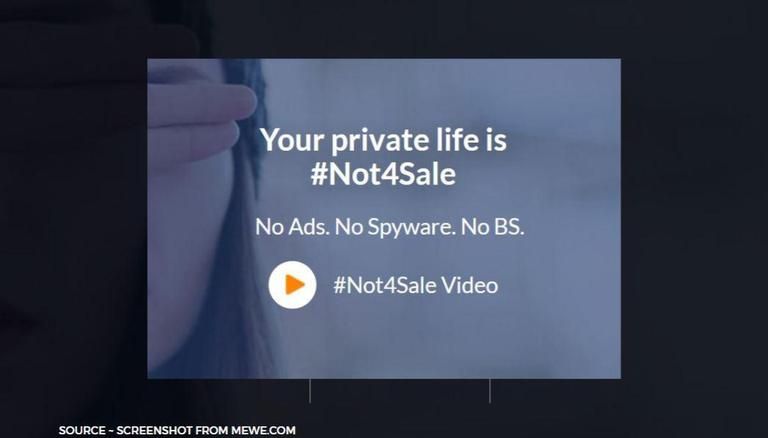 Facebook has been dominating the social media market for quite a long time with several apps such as Instagram, Messenger, WhatsApp and other apps under it. Nevertheless, after the declaration of US Presidential elections 2020, many users are shifting from the medium in search of free speech and privacy. This is why two social platforms such as Parler and MeWe have been experiencing a lot of downloads in recent times. This is the reason why many users are wondering about MeWe vs Parler, who owns MeWe and more. If you have been wondering about the same, then do not worry, here is everything you need to know about it.

Also Read |  How to use Parler App? Disappointed Twitter users move to this app

Parler has proven to be one of the better options to switch to in terms of freedom to express one's ideas, especially for Trump supporters, conservatives, and Saudi nationalists. However, the organisation has been trying to provide users with a non-biased, free speech social media focused on protecting user’s rights. But, users who are not so political are looking for a platform which is not politically concentrated and also provides better privacy features. This is why many are switching to MeWe.

Launched on May 16 2012, MeWe is a United States-based microblogging and social networking service. The social platform has been making a lot of effort to provide users with a privacy-friendly and trustworthy platform where users are free to express their views online. As per MeWe's Privacy Bill of Rights, the organisation does not "manipulate, filter, or change the order of your newsfeeds." Also, it is ad-proof where users do not "receive targeted third-party advertisements or targeted third-party content." The social website says: "Your private life is #Not4Sale No Ads. No Spyware. No BS."

MeWe is currently is the No. 1 application on iOS App Store in the News section Social Networking app. The app currently has 4.4 out of 5 stars on the App Store. Nevertheless, the US-based app seems to have incurred only 4.1 out of 5 stars in the Google Play Store App. MeWe app for android has managed to get 1 million downloads, as of writing this article.

#MeWe is now the #1 most downloaded Social Networking app in the iOS store! 🥇 Thank you to all our awesome members! 🙏 We are taking on Facebook with social media done right. No Ads, No Targeting, No Newsfeed Manipulation, No BS! 👍❤️ pic.twitter.com/YKBziMFbhA

MeWe is making a lot of news for being a privacy-friendly space for users to enjoy social media without third-party apps. This is why many users are wondering about the owners of the social platform. MeWe is owned by Sgrouples Inc. and the co-founders of MeWe social platforms are Mark Weinstein and Jonathan Wolfe. The app was launched in the year 2012, and Mark Weinstein is the CEO of the organisation.