Valentine’s day is just around the corner and Tinder India recently took to Twitter to remind people about it. However, it became the centre of 'Single' memes.

Valentine’s day is just around the corner and Tinder India recently took to Twitter to remind people about it. However, the valentine day related tweet became the centre of memes after netizens took the opportunity to dish out ‘Single’ memes.

Soon after the tweet was posted, Netflix India joined the fun. The tweet also sparked hilarious reactions from users. Some users took a dig at the online dating app while some others wrote about how they plan to avoid the day. Yet another bunch of Single users took the opportunity to drop some hilarious ‘single memes’. Watch it all here: 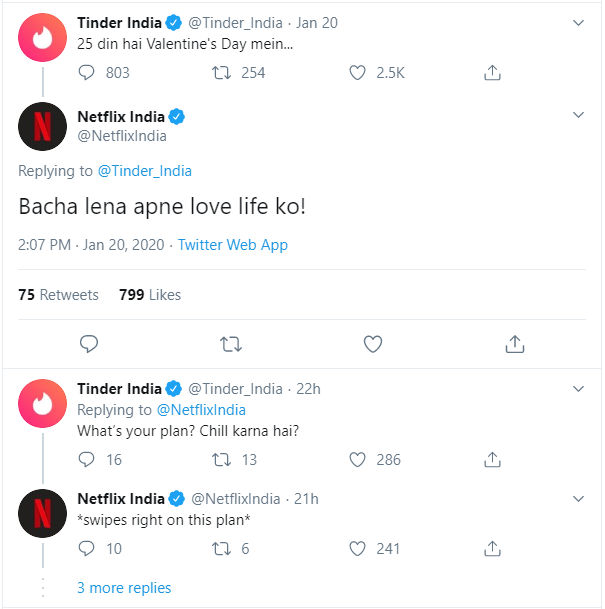 Me on V day pic.twitter.com/rPvQ3Iq9OD

Recently, a man by the name of Aaron Smith recently created a dating application called Singularity, where he will be the only man available to be swiped left or right. Smith said that the reason behind creating 'Singularity' was because his face was not featured properly on other dating apps and that caused a problem for him matching with girls and going on dates.

According to reports, unlike other dating applications such as Tinder, Hinge, Bumble, or OkCupid, women who sign up on Singularity will not be bombarded with limitless options instead women will be met with a collection of Aaron's pictures. Apparently these photos will feature Smith in a Christmas hat, playing the guitar, and a picture of him jumping right in front of an ice cream truck.

PEOPLE HAVE PLEDGED SO FAR
Amazon quiz answers today,February 20 2020: Amazon ₹10000 Amazon Pay Balance quiz answers
Garmin brings flight deck technology and tools to the Garmin Pilot app
Microsoft all in one app: The pros, the cons, and everything else you need to know
How to change name in Free Fire? Create free and stylish nicknames
Hindi typing shortcut keys to use for special characters and numerals
DO NOT MISS
ROMI DEV ON '83'
SOUVENIR TO BE GIFTED TO TRUMP
SHAHEEN BAGH MEDIATOR MOVES SC
SPECIAL 'ALL-VEG' MENU FOR TRUMP
THACKERAY SLAMS BJP
SHARMA BAGS 11TH 5-WICKET HAUL