FIFA 20 PC requirements that you must know before downloading the virtual football game on your PC. Know what are the minimum & recommended requirements by EA.

FIFA 20 was released on September 24, 2019, and since then, the virtual sports game is stealing hearts. The FIFA series by EA has never failed to amaze, engage and fascinate players across the globe. During this lockdown period, people are playing such games to pass their time to avoid getting bored sitting at home. Some who have not downloaded the game are looking forward to loading FIFA 20 on their PCs. However, before downloading the game, it is important to know the FIFA 20 PC requirements so that one can effectively download the game and enjoy it without any disappointment.

FIFA 20 by EA runs on the Frostbite game engine which requires a Radeon R9 270X graphics card with a Core i5-3550 3.3GHz or FX-8150 processor to reach the recommended specifications in order to achieve a high graphics setting on 1080p for better gaming. The virtual football game requires a minimum of 8 GB RAM system memory to run smoothly. Make sure your PC supports GPU which can run DirectX 12 to run FIFA 20 or it will not work. Finally, FIFA 20 will need hardware that is an 8-year-old PC or younger to run recommended. FIFA 20 is available for pre-order now on PlayStation 4, Xbox One, and PC. 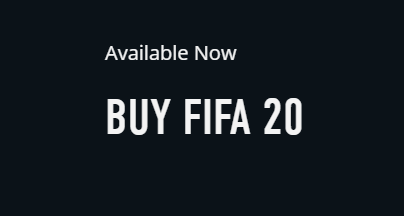 Also Read | What time do FIFA 20 Squad Battle rewards come out and what are the reward tiers?

What are FIFA 201 PC requirements?

Also Read | EA servers down, FIFA 20 FUT not working: Error in connecting to the ultimate team

PEOPLE HAVE PLEDGED SO FAR
LATEST NEWS
View all
3 hours ago
Food delivery via drones could soon be a reality in India; DGCA gives nod for trials
10 hours ago
Blocked in China, why are Internet & social media giants protecting the protectionist?
2 days ago
Google explains reason behind taking down 'Remove China Apps' and 'Mitron' from Play Store
4 hours ago
What is AR Zone app on Android? Here is all you need to know about the app
3 days ago
Tata Sky 216 Pack Details And Complete Channel List for 2020