Why Did Google Remove Parler App From Play Store? Is It Available On Apple App Store? 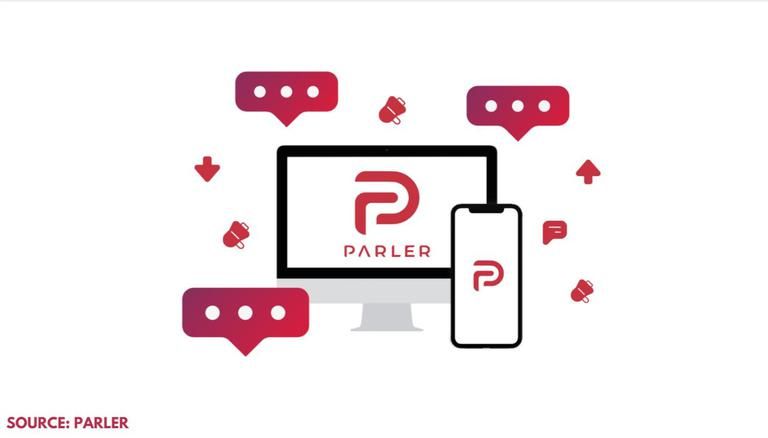 Social networking platform Parler has garnered massive popularity online since releasing in 2018. The online service bears similarity to microblogging site Twitter and it is particularly popular among the right-wing extremists and conservative politicians in the United States. And while the app has already been involved in several controversies in the past, it now appears that it has been pulled down from the Google Play Store. But why did Google remove Parler app from Play Store? Let us find out.

Parler was banned by the tech giant after it failed to comply with its content-moderation policies. It essentially required the social networking service to remove posts that incited violence. However, the platform's failure to do so ultimately led to the suspension.

A Google spokesperson has issued a statement saying that the company is aware of the continued posting in the Parler app that seeks to incite ongoing violence in the country. He adds that the company requires apps to implement robust moderation for egregious content to be distributed on their platform.

Parler has been around for more than two years; however, it has seen a significant amount of growth starting in 2020. The platform promotes as a non-biased free speech platform for all people, where users can sign up and start sharing their views and opinions across a wide variety of topics. It already features a number of popular personalities and high-profile contributors.

Will Apple remove Parler from the App Store?

BuzzFeed News published a report on Friday stating that Apple has also issued an ultimatum to Parler asking the platform to implement a complete moderation plan of its service within the next 24 hours, failing which the app would be removed from the Apple App Store. The Parler app is still listed on the App Store, as of this writing. There is also a web version of Parler along with the mobile apps for Android and iOS. The website advertises it as a place where people can speak freely and express themselves openly, without any fear of getting de-platformed for their views.

WE RECOMMEND
What is Parler App? The new app is the reason why people are exiting Twitter & Facebook
Centre mulls legal action against Twitter over showing Leh part of J&K: Sources
Who is Chase Elliott dating? Here's All you should know about the champion Auto Racer